Other historic and heritage sites on L'île d'Yeu

Located on the heights of Port-Joinville, the citadel was built between 1858 and 1866 on the site of a high menhir, hence its alternative name, Pierre Levée (the High Stone).

It has served as a state prison, an army barracks and also housed the detention cells of wartime collaborator Marshal Pétain from November 1945 to June 1951.

New this season: the fort can now be visited with a guided tour entitled "The mysteries of the Citadel," proposed by the Heritage Department of the Town Council.

Starting from the woods at the foot of the citadel, travel back in time and learn about the defences of the Ile d'Yeu, which culminated in the construction of this fort, today hidden in a beautiful swathe of greenery.

Visit planning and tickets at the Tourist Office. 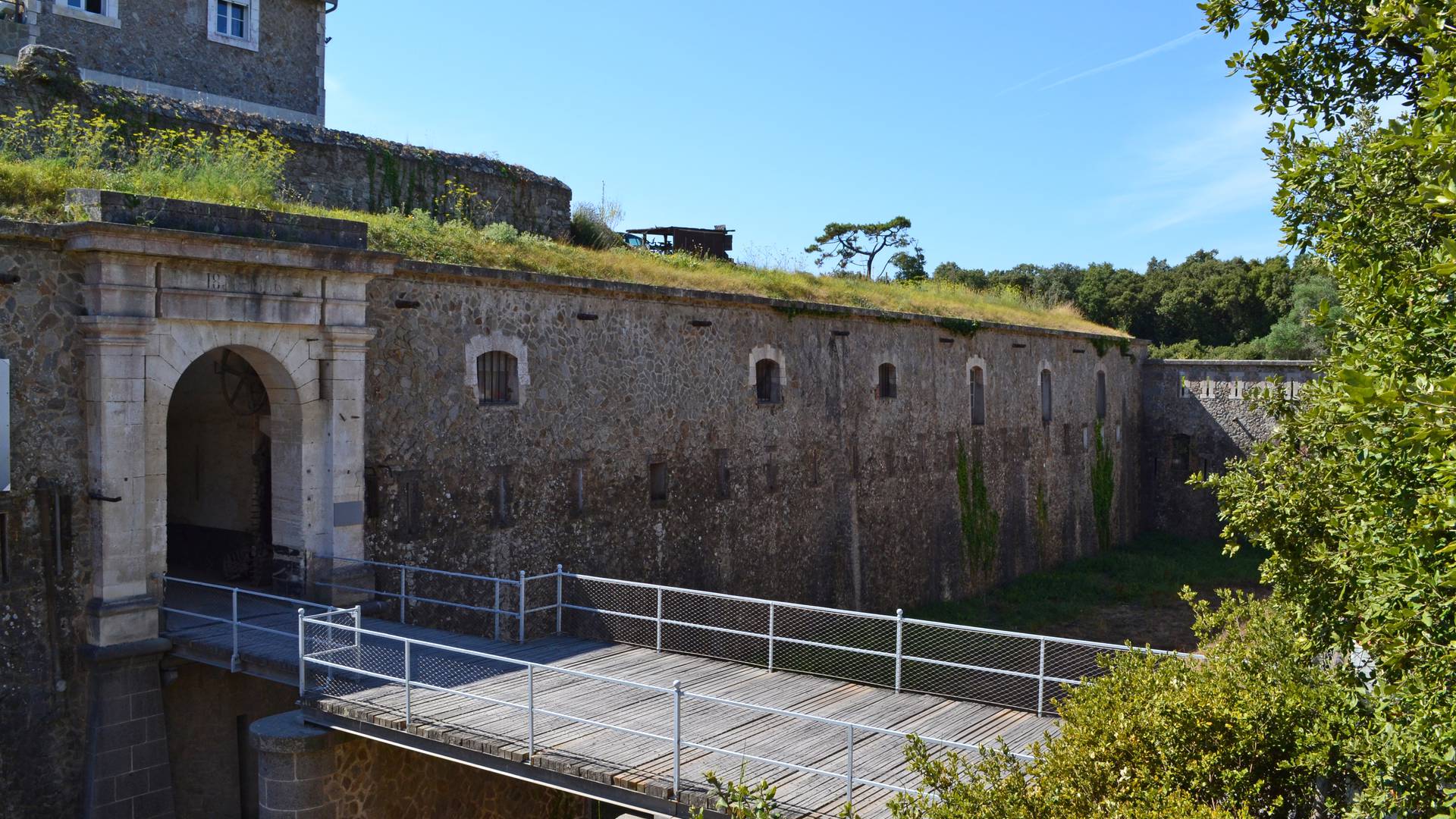 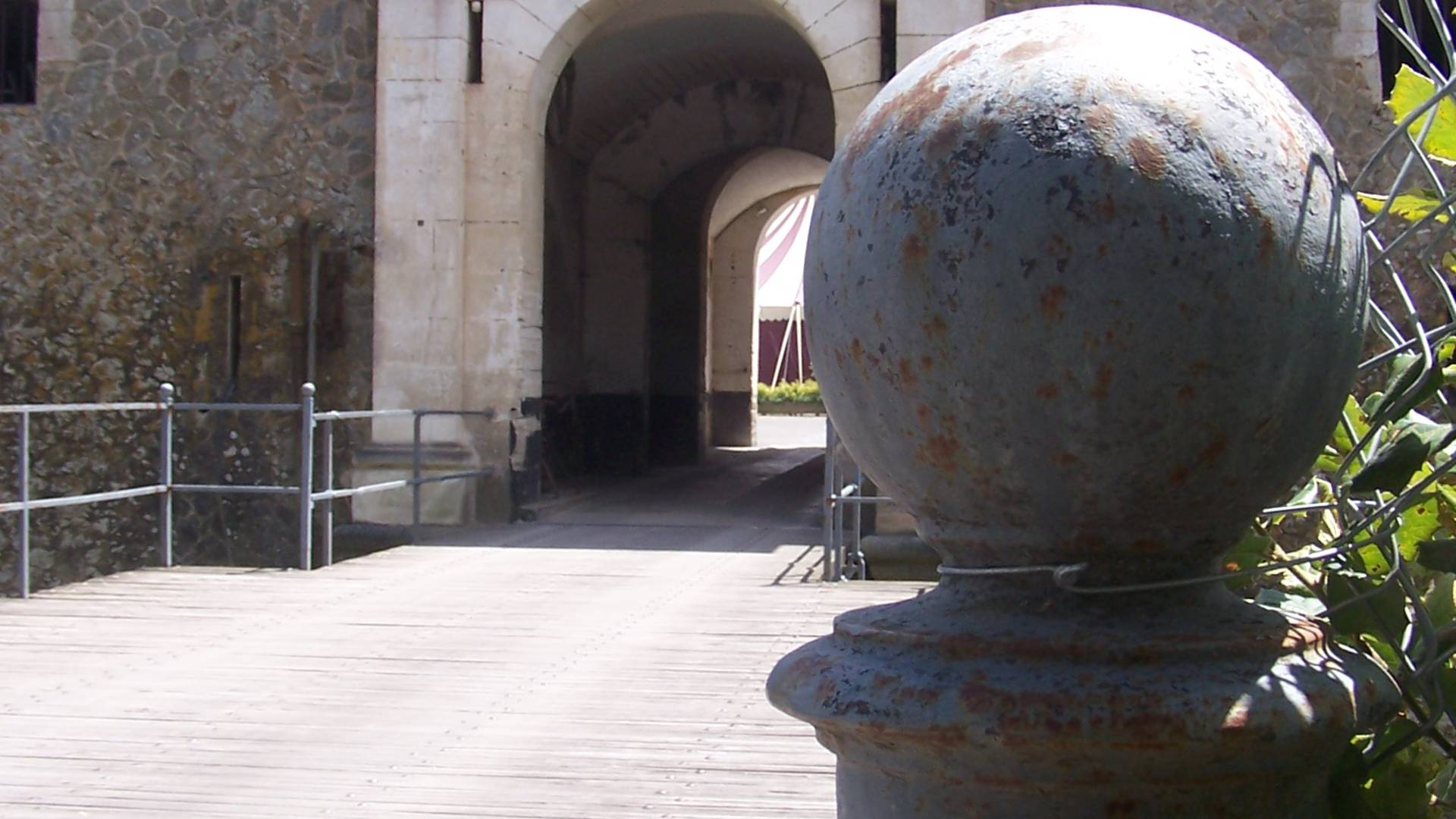 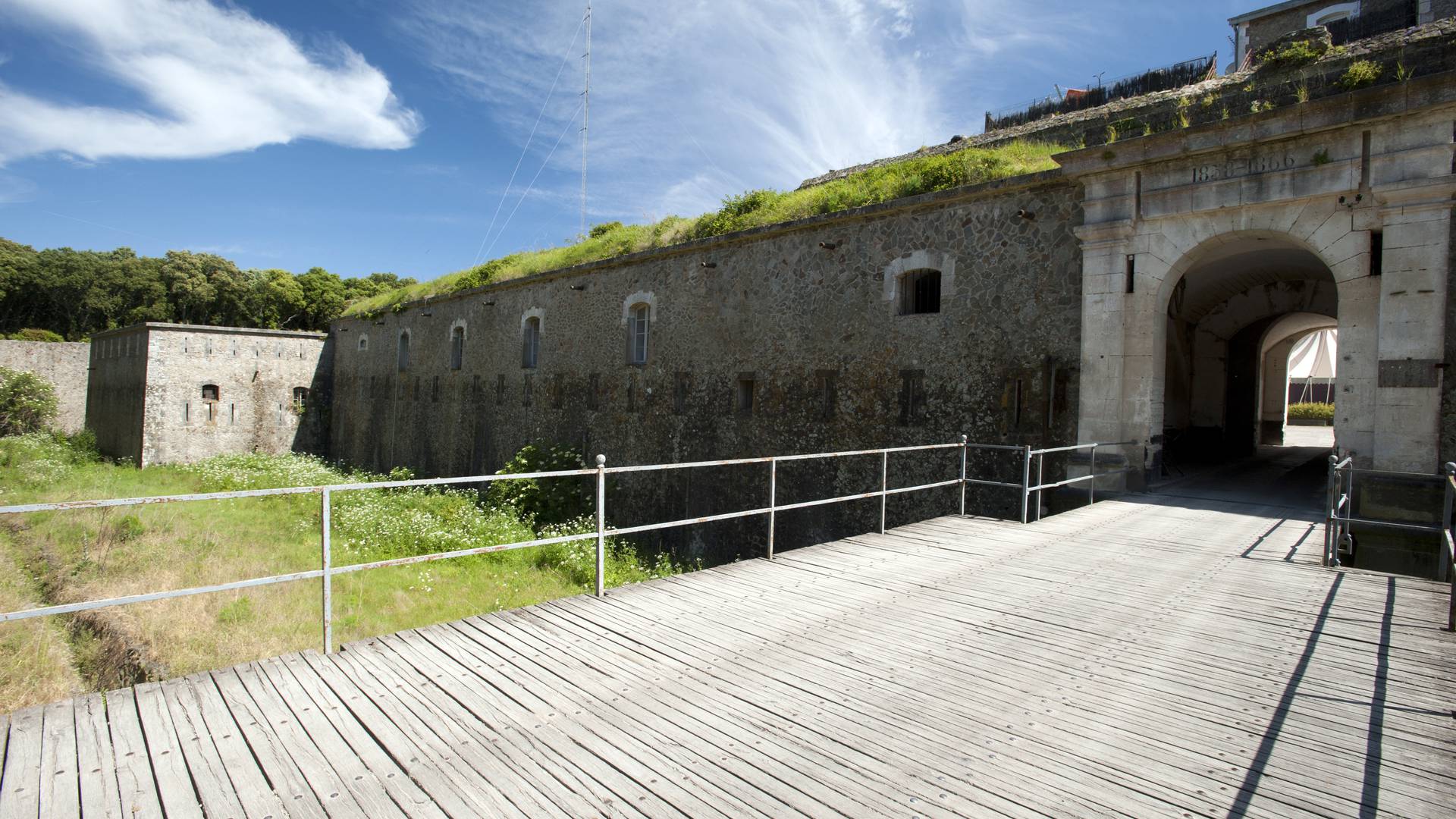 The museum in Port-Joinville tells the story of local fishing - once an important part of the economic life of the island. Jean-Michel, a former fisherman and an active lifeboat crew member, is the official guide of the Museum of Fishing and Sea Rescue. He always has story to tell.

The museum is run by a handful of volunteers, fishermen, former fishermen, fishermen's wives and members of the SNSM lifeboat service, all keen to make this place of memory of the maritime life of Isles a special part of your visit.

In 2016, the Corsair, a former tuna boat was restored, and it now stands at the museum entrance, near the lifeboat house. 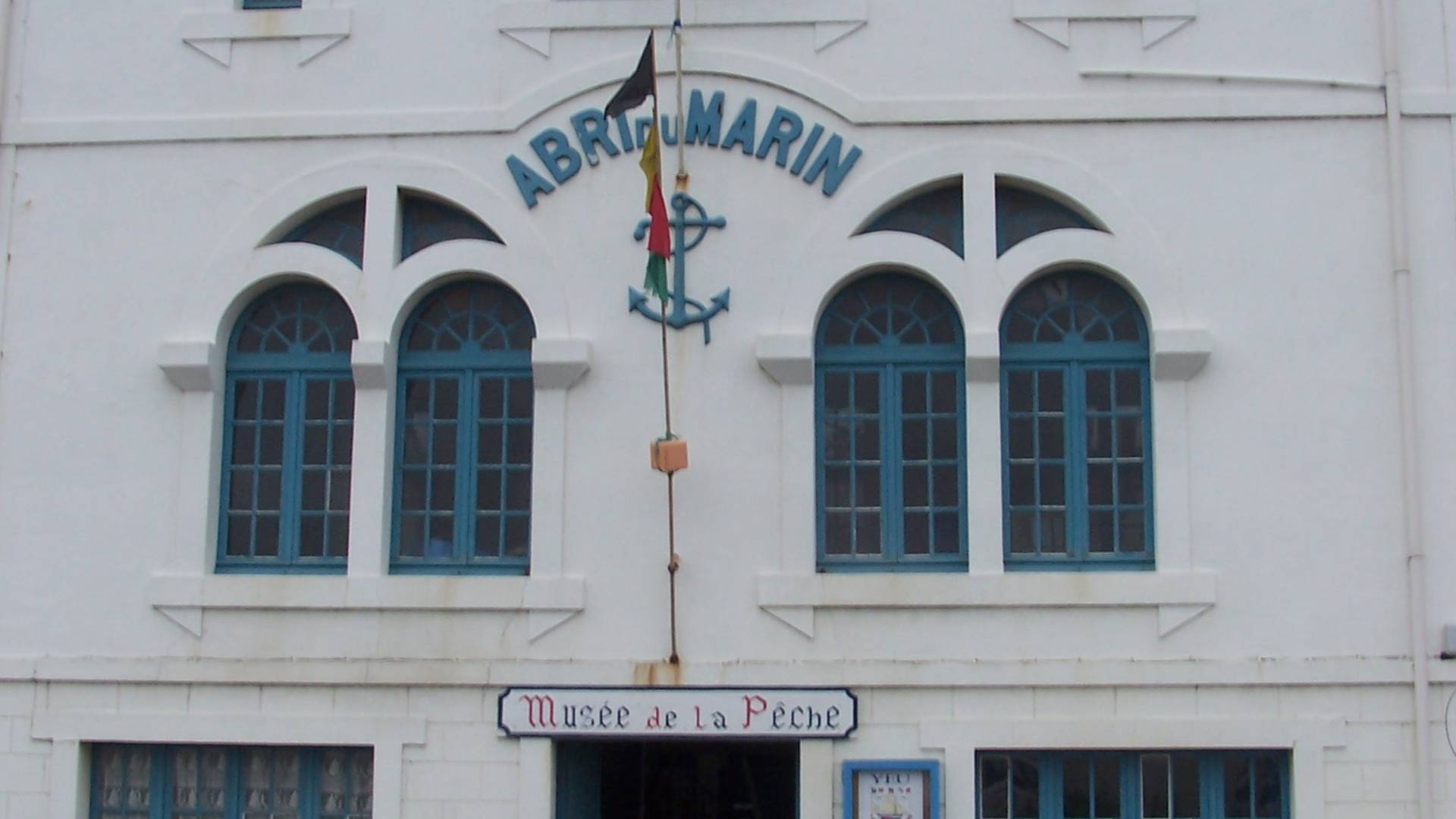 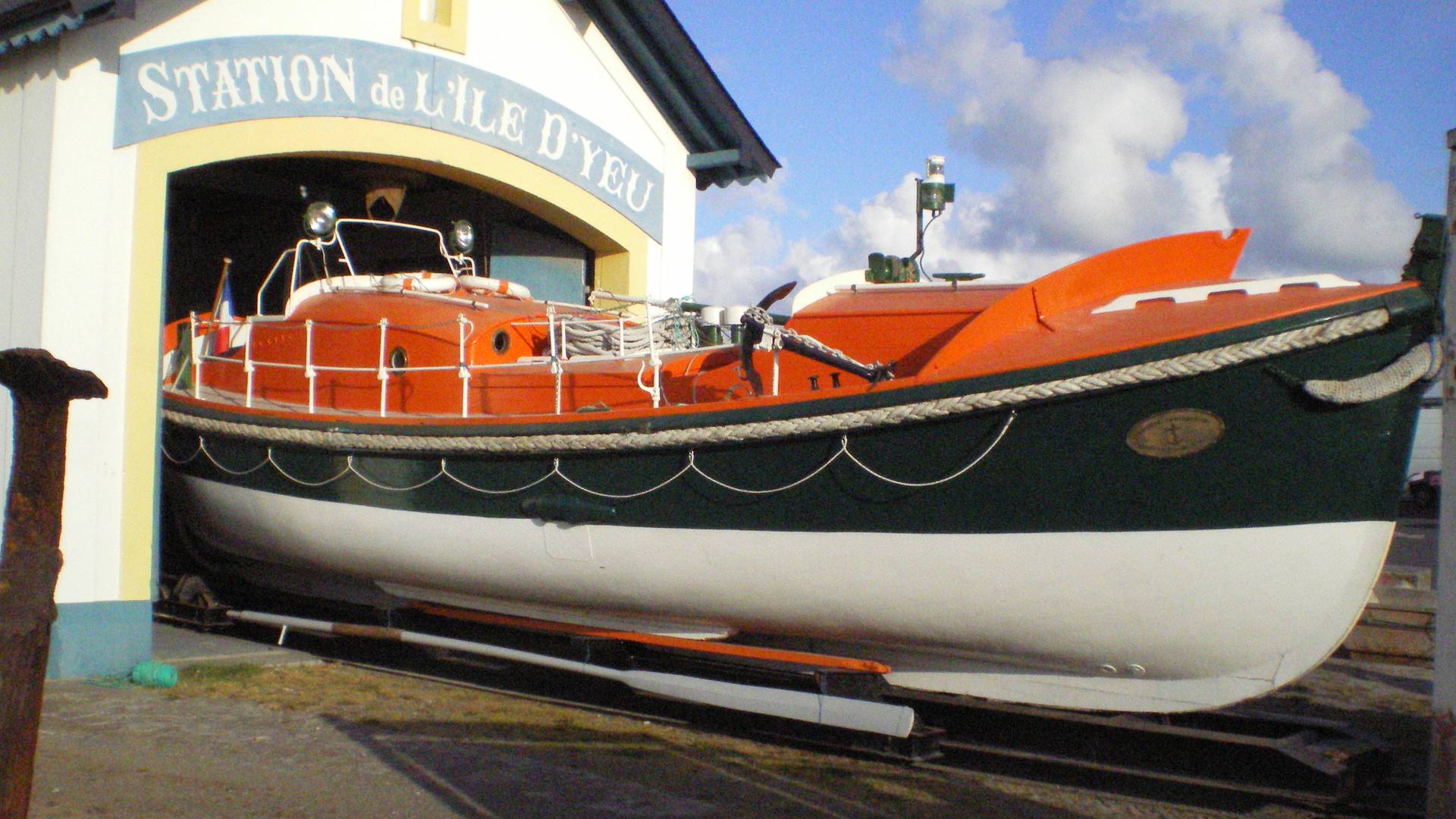 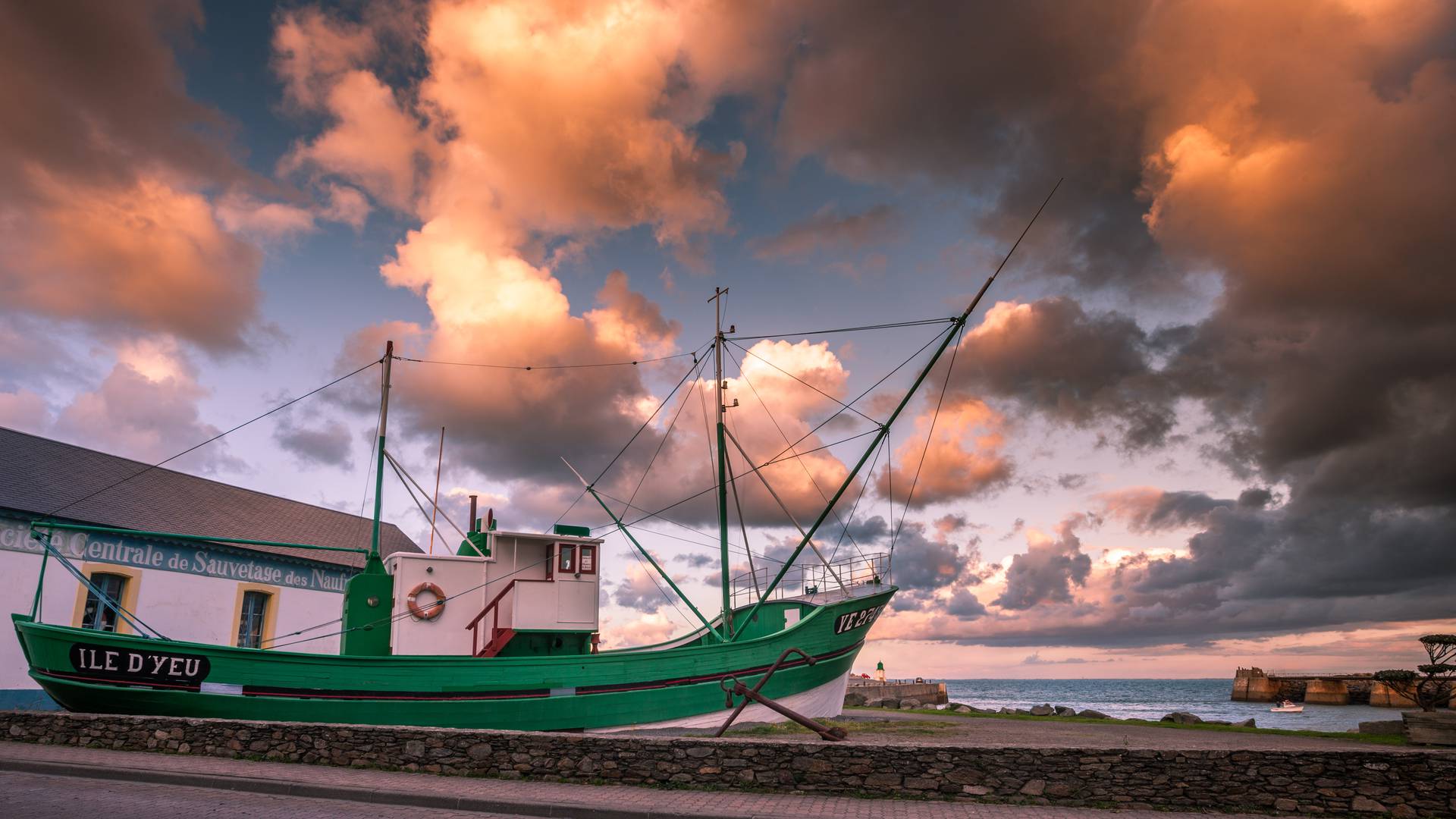 THE POINTE DU BUT AND THE CORNE DE BRUME

The Pointe du But is deemed dangerous for sailing due to rocky reefs called Chiens Perrins, Petits Champs and Grands Champs, as well as deeps like Basse Flore.

Located on a busy shipping lane to the Loire estuary, the fortunes of the sea have played a central role in the region.

A first lighthouse was built on the coast in 1828. Shipwrecks were nonetheless common, especially when the lighthouse was obscured by fog. A foghorn was built at the west end of the Pointe du But in 1893. This building housed a mechanical device operating a compressed air siren with signals every minute when the island was caught in the mist. It was decommissioned in 2000. The current lighthouse (the Grand Phare) was erected on the site of the old lighthouse in 1950.

THE SEMAPHORE OF THE POINTE DU BUT

In 1794, the Committee of Public Safety decided to create a network of coastal lookout stations. These posts formed an unbroken maritime surveillance line that could communicate with each other and with the ships.

On the Ile d'Yeu, the lookout post was located at the top of the bell tower of the church of Saint-Sauveur. This bell tower was surmounted in 1774 by a new spire 17 meters in height. A watchman took his place at the top, from where he hoisted coloured flags on a mast warning ships and the mainland of what was happening at sea.

In January 1806, Vice Admiral Decres (Minister of the Navy and the Colonies) approved the establishment of a new type of coastal signals. It was decided to add an optical telegraph to the coloured banners, and later an electric telegraph. The bell tower of Saint-Sauveur was not suited to this type of equipment, and in 1861 the semaphore station was constructed at Pointe du But.

This new semaphore was equipped with a dial telegraph connected to the mainland via an underwater cable. The telegraph room was located on the first floor of the hexagonal tower, about twenty feet above the ground. The tower was topped by the semaphore mast, seventy feet tall. The building was also home to the watchmen. It was destroyed in August 1944 when the German troops left. Only the water cistern and the flattened walls of the ground floor survive today.

The archives show eighteen mills on the Ile d'Yeu. Even at the beginning of the 15th century, the island possessed at least eight. Today only five remain, of which three are ruins.

The first mill was certainly built very early, as it appears in a charter from 1205 mentions a molendinus ad ventum, bequeathed to the Abbey de la Blanche by Pierre de la Garnache.

The oldest mill on the island is the Moulin Cassé (also called the Grand Windmill) located at the gate of Saint-Sauveur. It consisted of a simple swivel upper storey supported by a more spacious tower in which the mill wheels were housed. The lower level had a flattened base with the upper level overhanging.

In the eighteenth century, modern tower-style mills were built. Their shape, dimensions and mechanisms changed little until the mid-nineteenth century. They were composed of a simple cylindrical tower which contained the millstones and above, a pivoting wooden section containing the gears and the the sails. The upper part could be directed into the wind by an orientation tail (called a "worm"). To protect millers for sails in in action, the tower had two doors, one on each side, and it was surrounded by a circular wall (the ring). The mill towers of Grand Chemin and Le Camp date from well before the 19th century. The former, but not the latter, appears on a map of the island from 1695 while the second.

The Revolution abolished ancient privileges, and private mills quickly sprang up, such as that at Le Calvaire built in 1808 and the Moulin Maingourd dating from 1818.

The inter-war period saw the slow abandonment of most mills on the island, and the last ceased activity shortly after 1945. 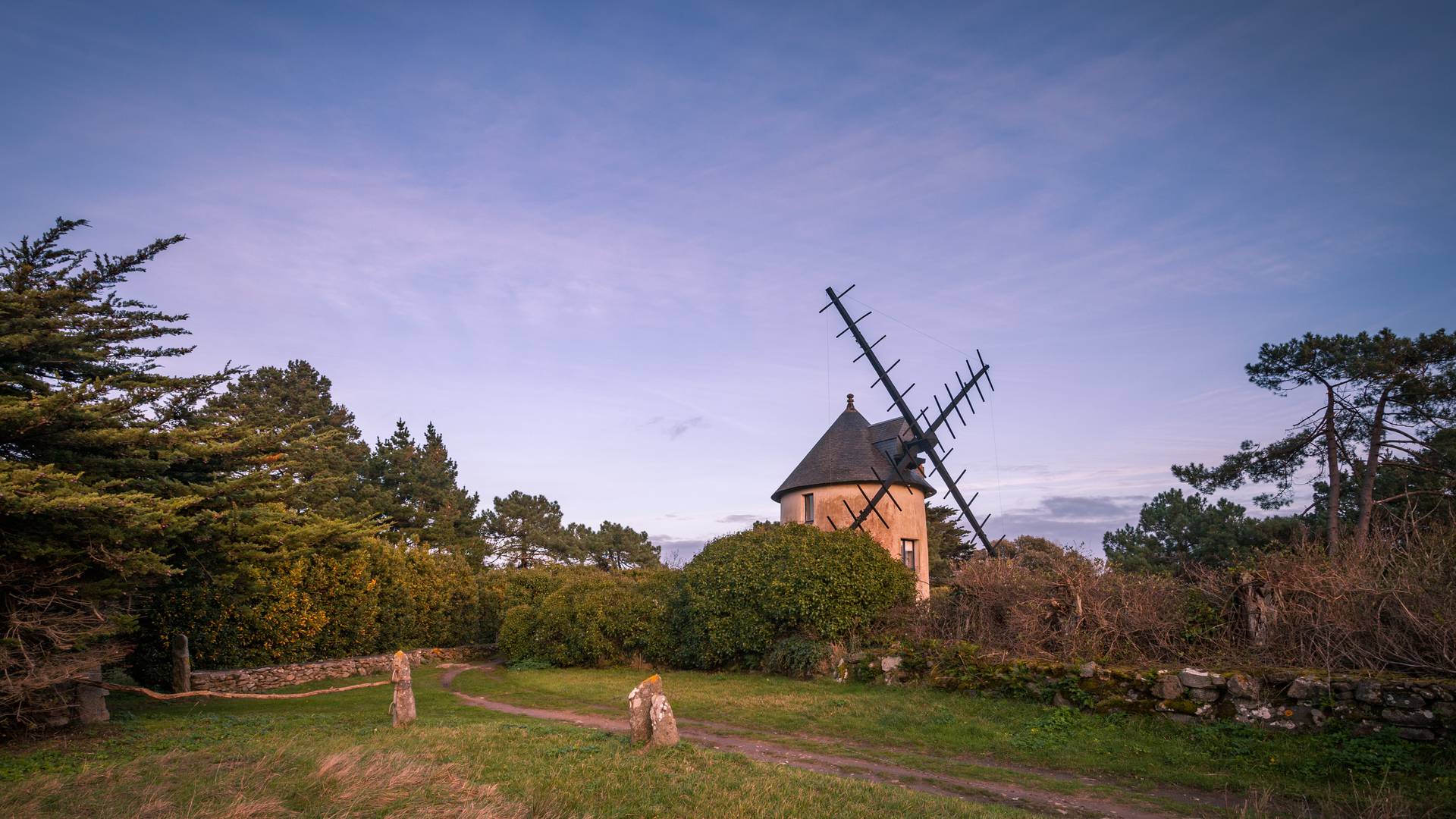 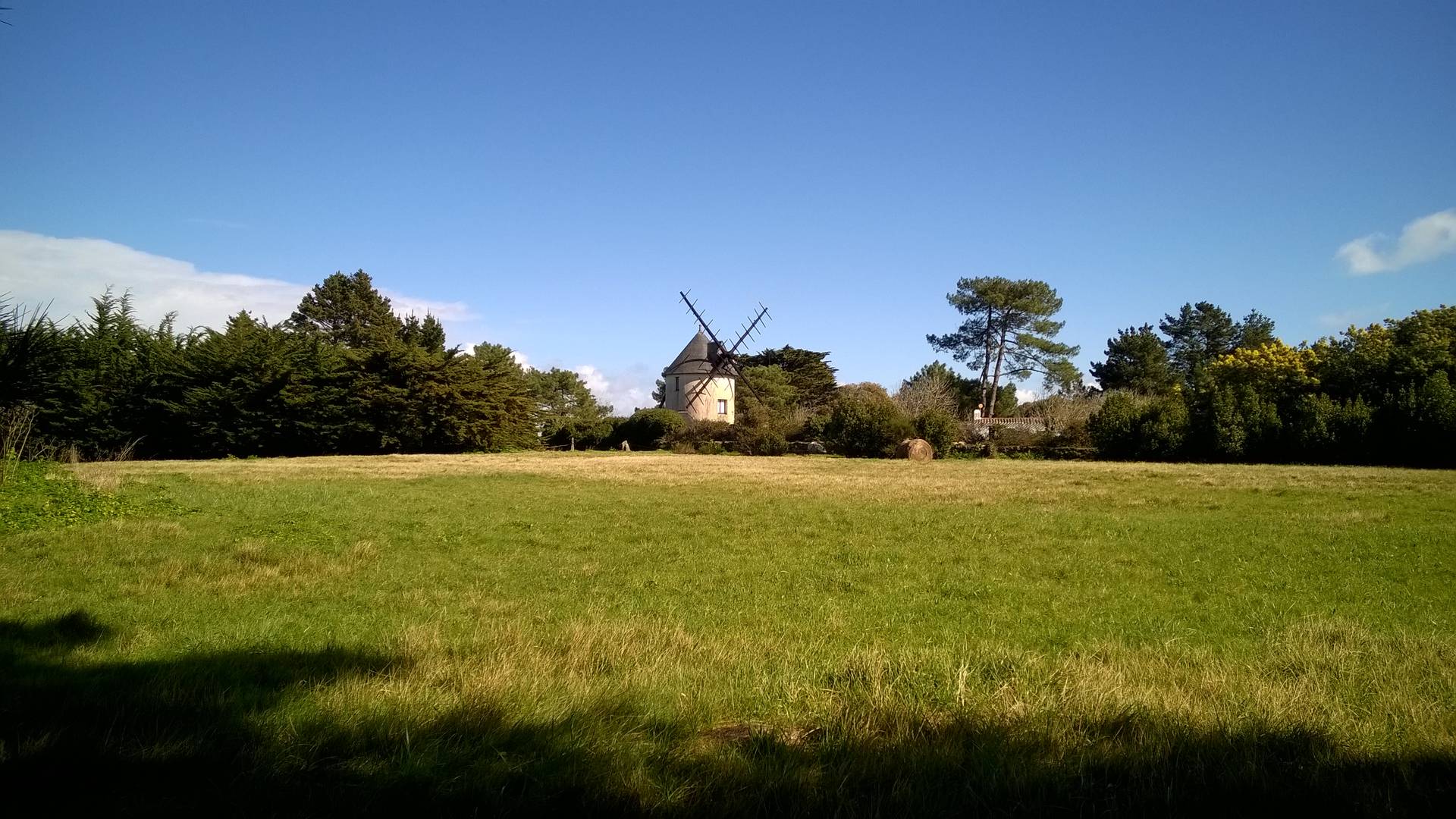