The lighthouses of L'île d’Yeu

At the four corners of the Island

L'île d'Yeu has five maritime lights, three to indicate the entrance to the port and two to make navigation near the coast safe

You'll find the Grand Phare lighthouse on the road to the airfield at Ker Gigou, in the north-west of the island, about 3 km from Port-Joinville.

Despite the numerous shipwrecks and the repeated demands of the maritime community, it was only in 1829, following the sinking of a navy ship, that the public authorities started construction of an oil-lamp lighthouse. 29 metres high, it was built on the site of a neolithic complex called Petite Foule.

As the light intensity produced by the combustion of oil proved insufficient to ensure good visibility, the Grand Phare was equipped with an electric rotating light with a much greater range in 1895.

Destroyed in August 1944 by the Germans, it was replaced in 1951 by a new lighthouse, with a more modern architecture, making navigation to the South of the Loire estuary much safer. At 41 metres, this premier category lighthouse towers 56m above sea level and its light can be seen from 30 nautical miles. The lighthouse has been automated since 1980, and also remotely controls the lighthouse of the Pointe des Corbeaux.

From the top of the lighthouse, you get the most spectacular view of the island. The guided tour will allow you to find out how the different landscapes came into being, thanks to the detailed explanations of the guides of the Heritage service.

For opening days and times of the Grand Phare, open the detailed sheet below :

Heritage tour of The Grand Phare 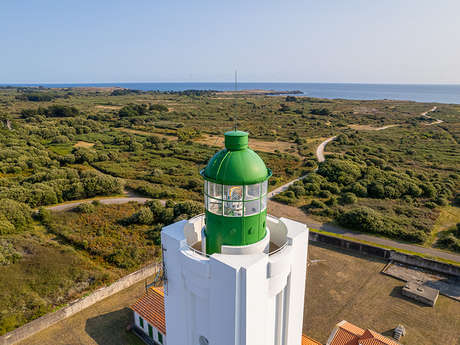 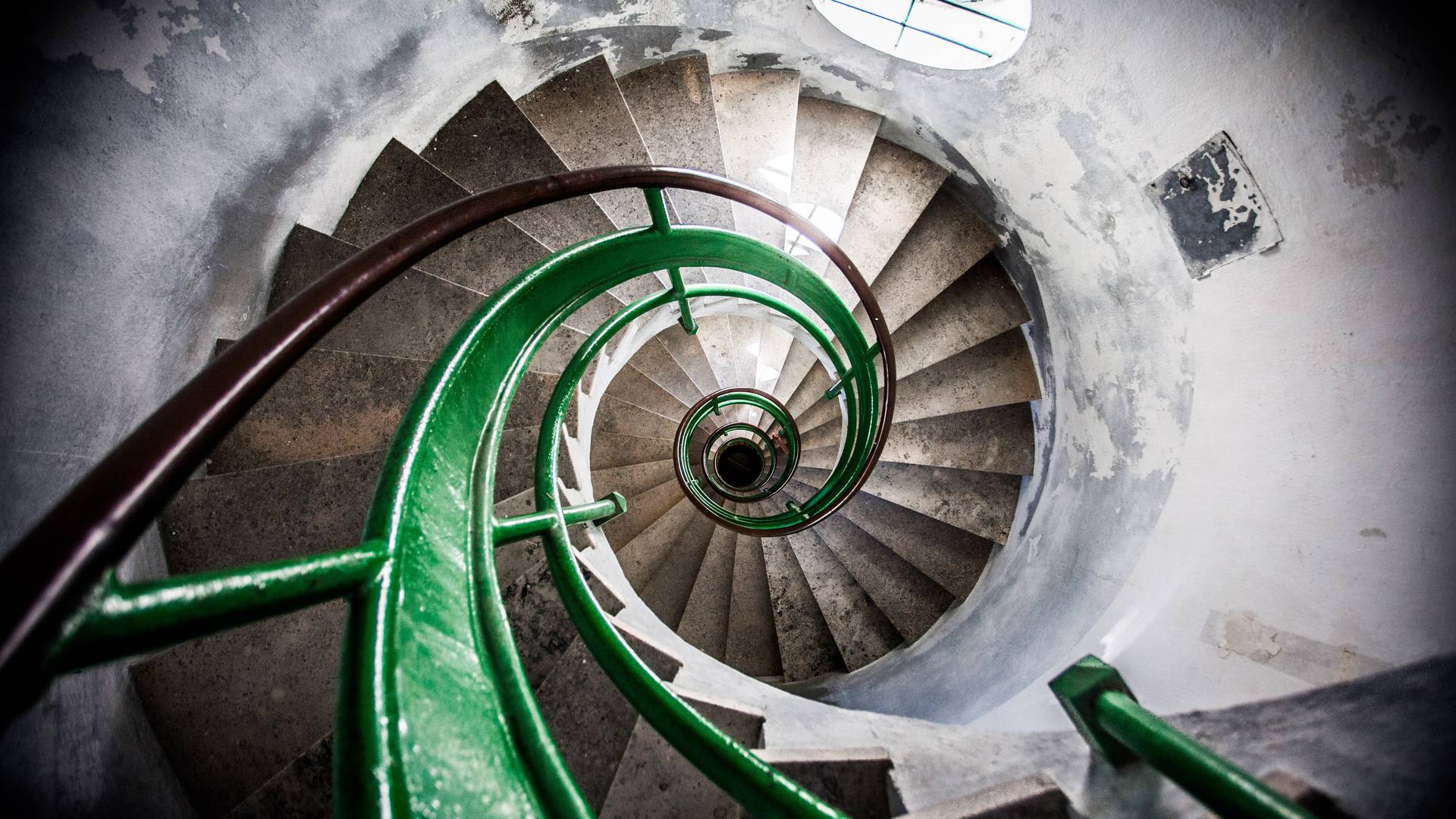 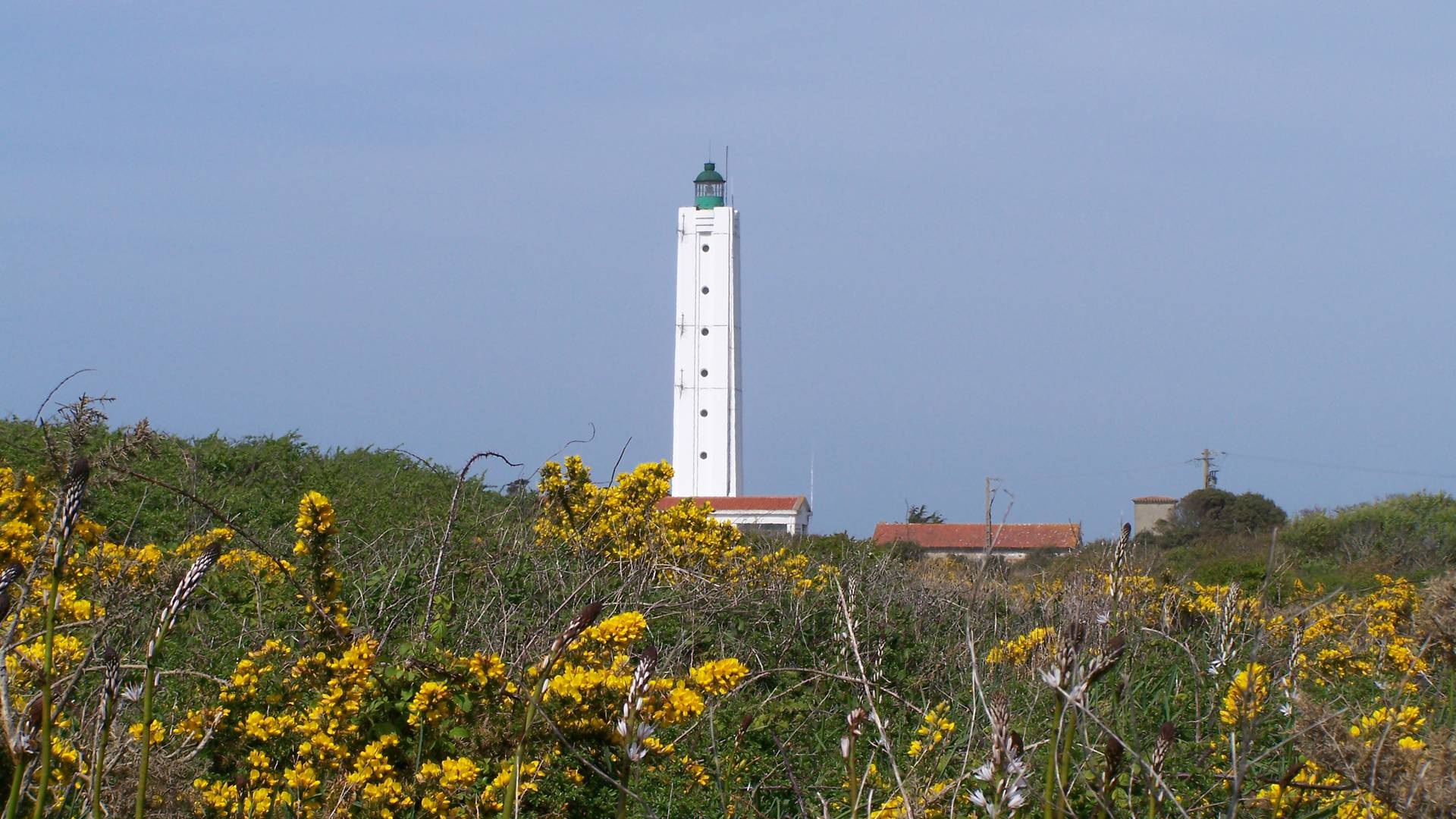 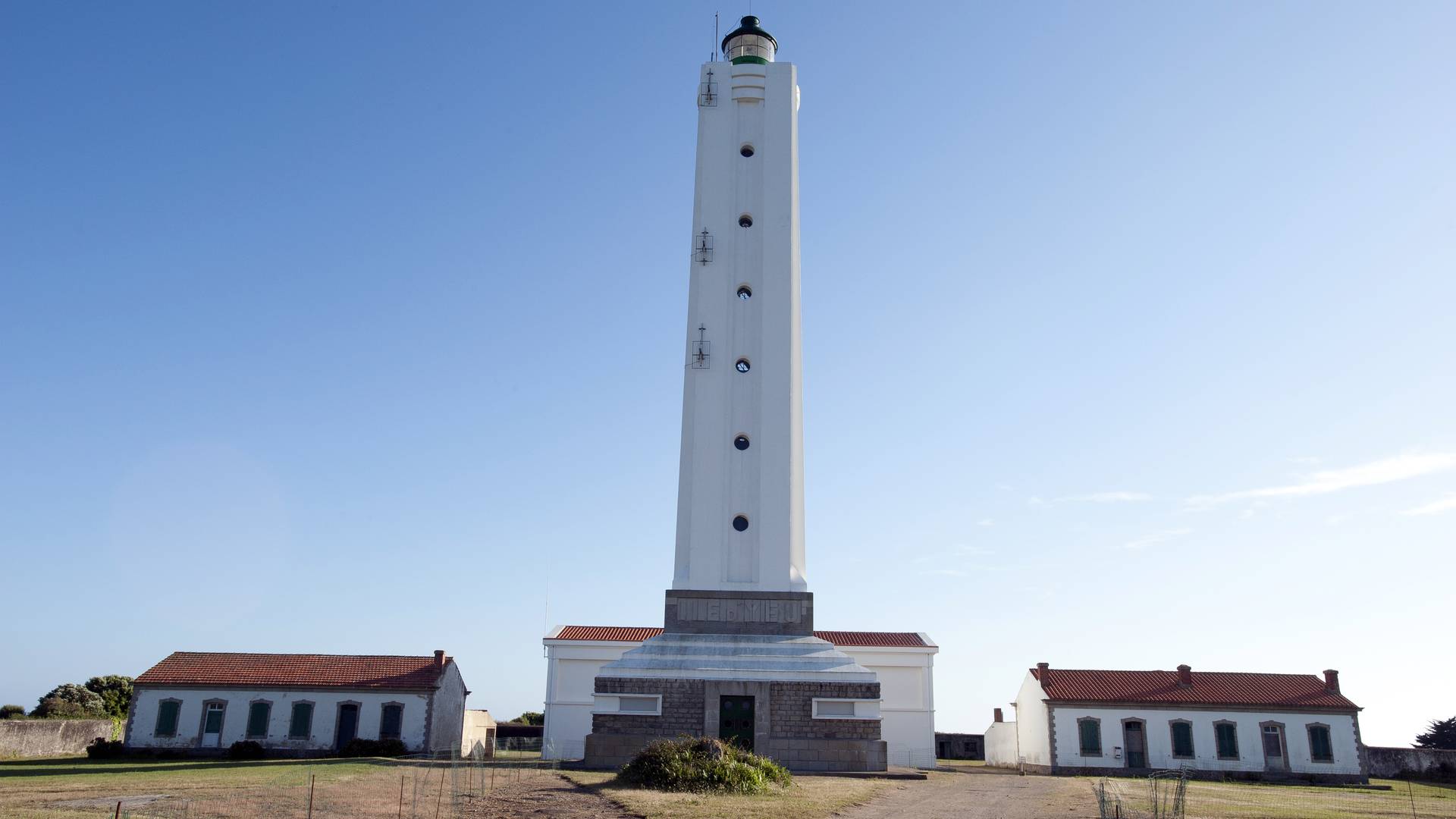 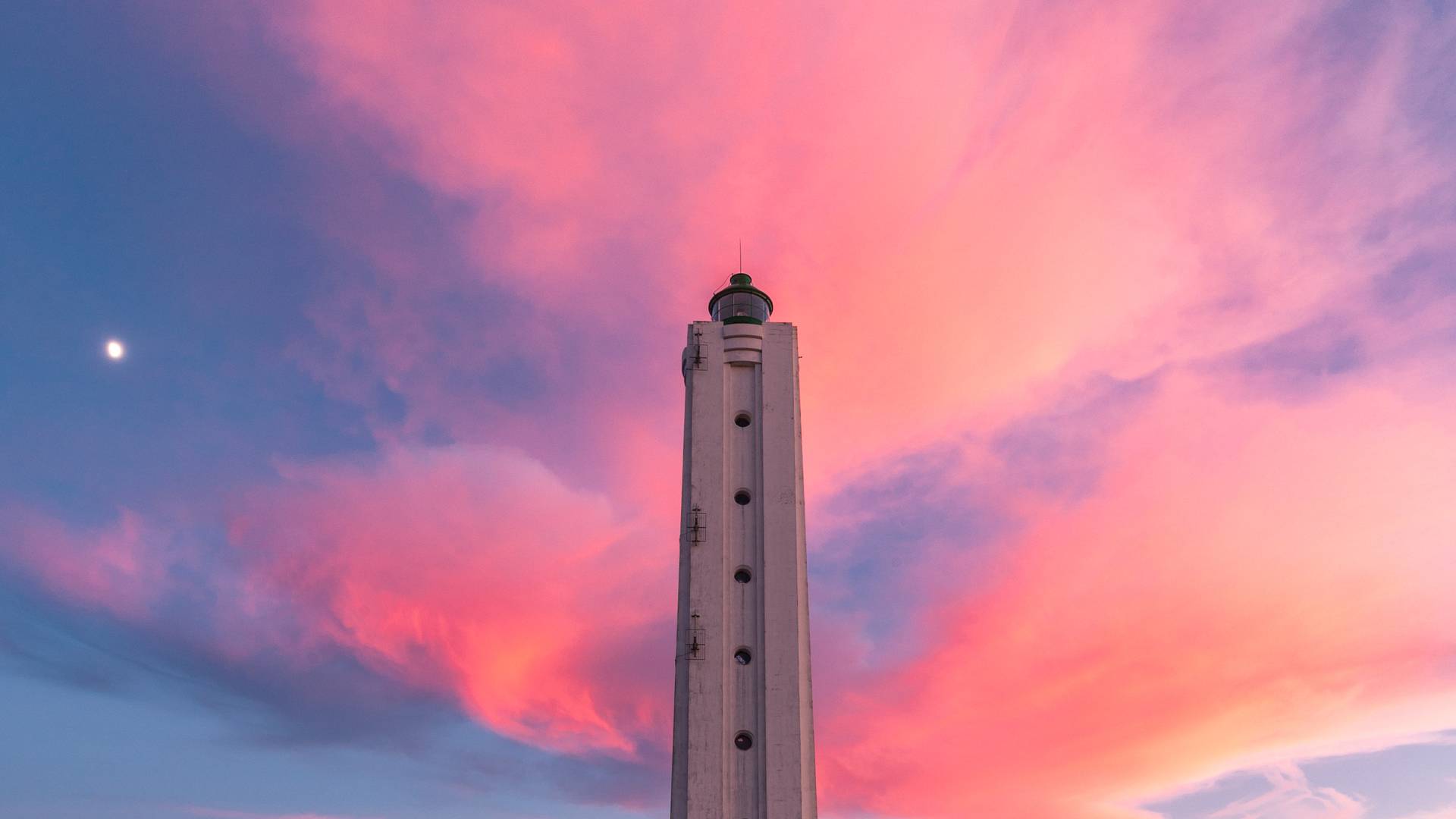 Commissioned in 1868, the Corbeaux lighthouse is located at the south-eastern tip of the island on the Pointe du Corbeau, about 7 km from Port-Joinville.

It was destroyed by the Germans at the end of the second war. The new lighthouse was built in the 1950s in the Art Deco style.

A few numbers for nerds - the lighthouse is 19.20 metres high. Its 15-second flashing red light is lit by a 650-watt halogen lamp. Its range is nautical 18.5 miles (about 34 km). It is automated, and remotely controlled from the Grand Phare lighthouse, also on the Ile d'Yeu.

Advice from the Tourist Office:

The best way to discover the Pointe des Corbeaux, its little lighthouse and its fishing cabins along the beach is to walk along the smaller hiking trail, known as the path of Kreuzland.

This walk, 8.5 km long, takes two hours and ten minutes. It gives you an excellent view of the two main coastal faces of the island.

Hiking guidebooks are on sale at the Tourist Office shop (from 0.50 €). 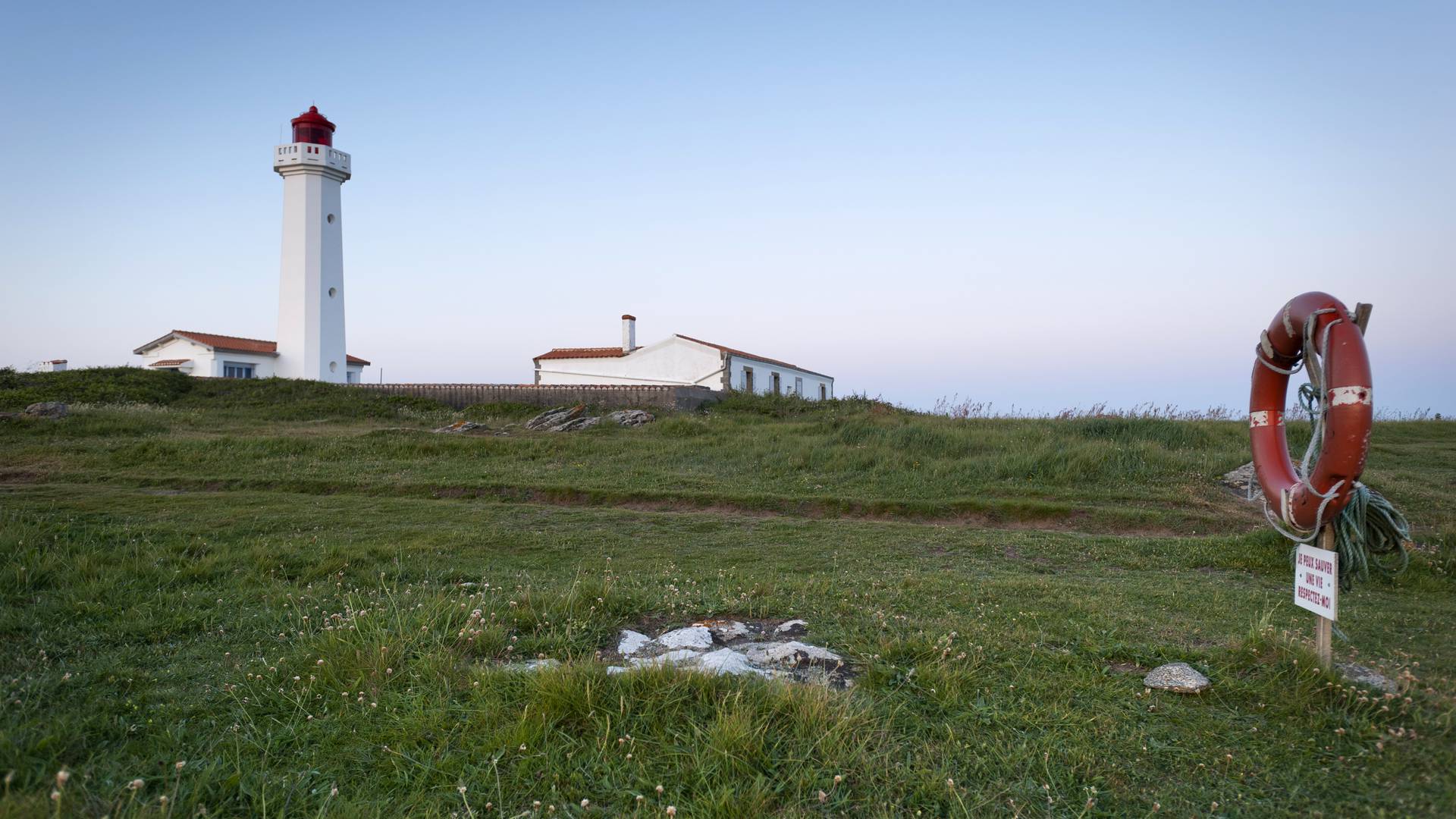 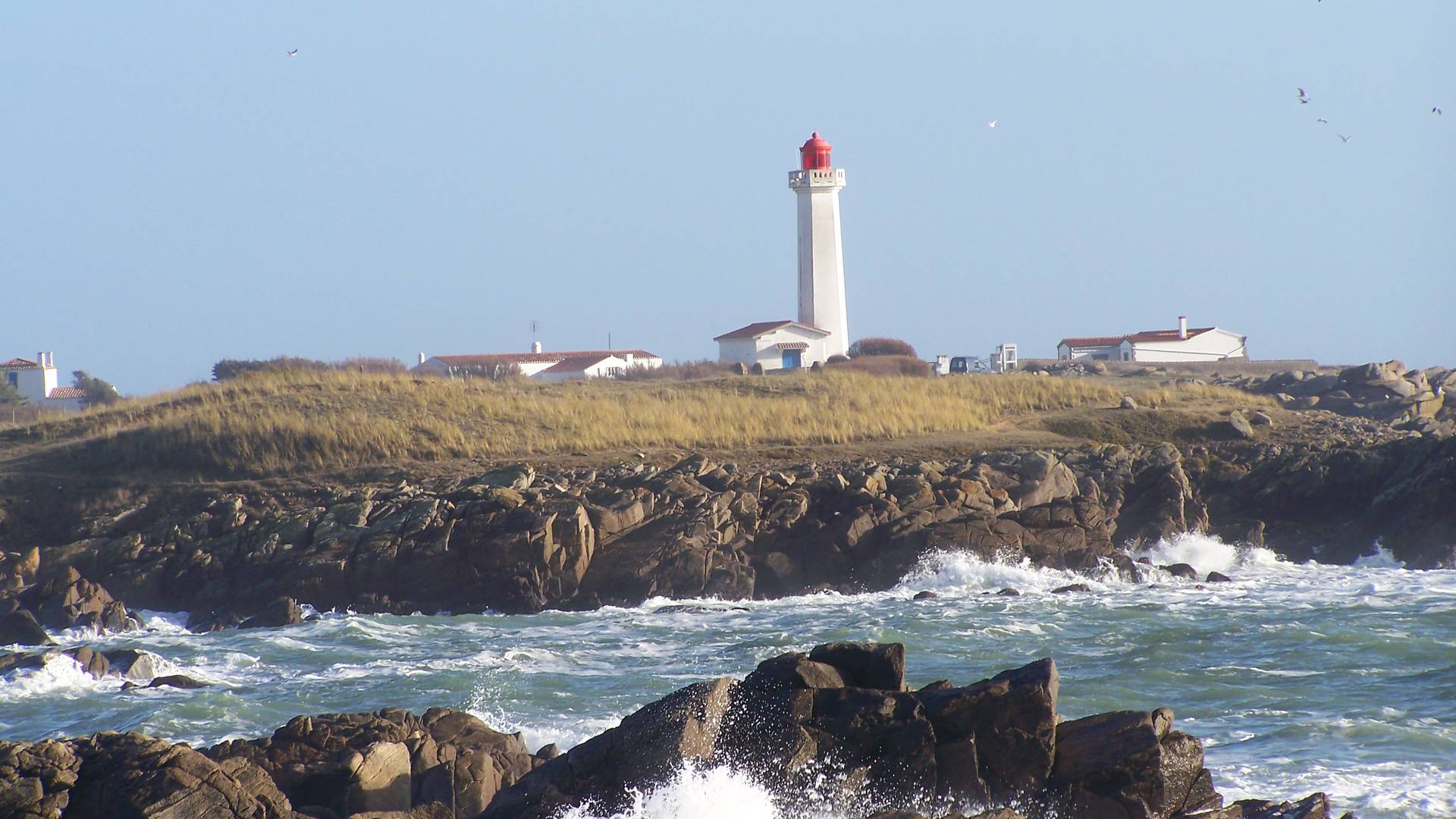 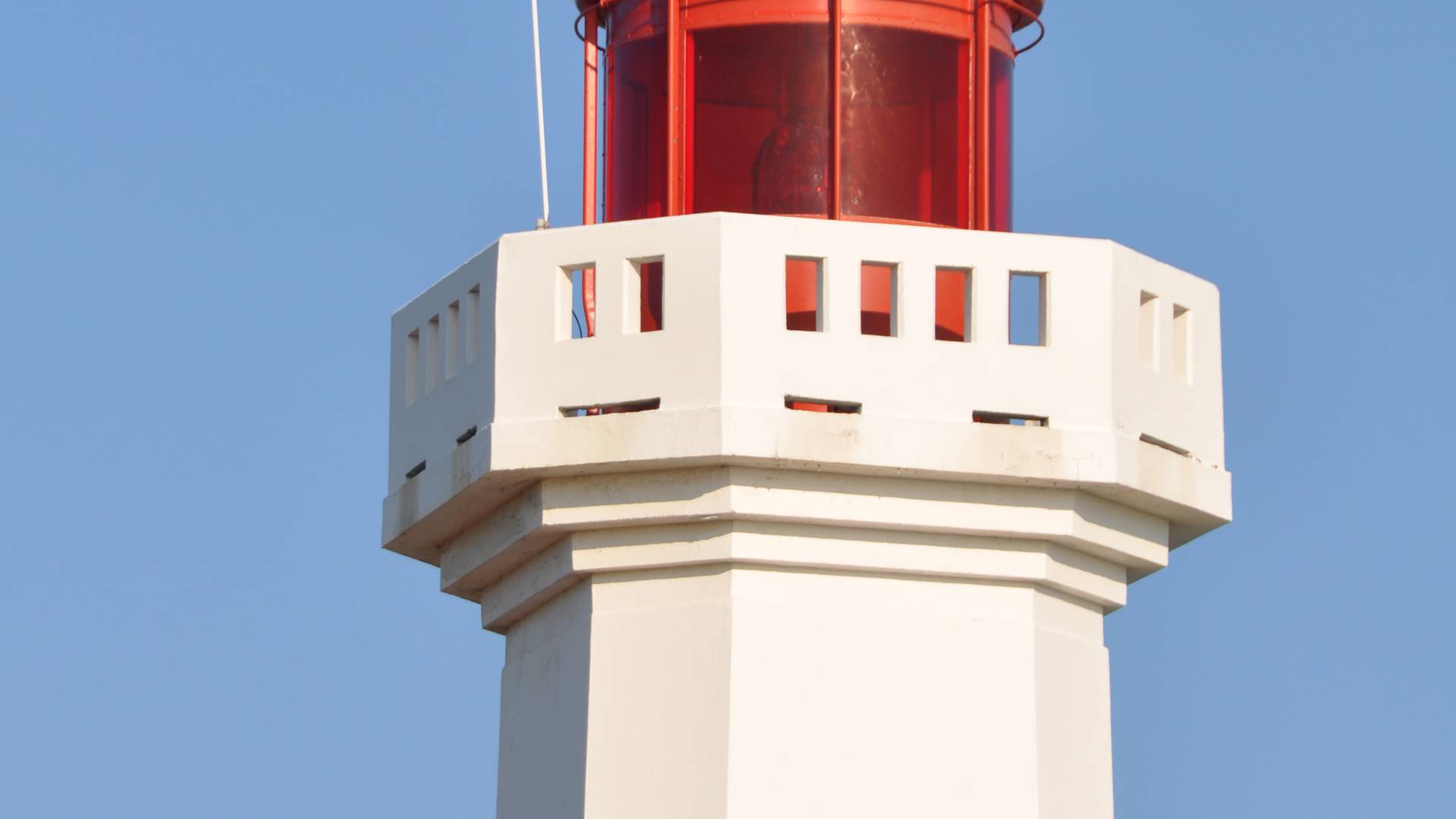 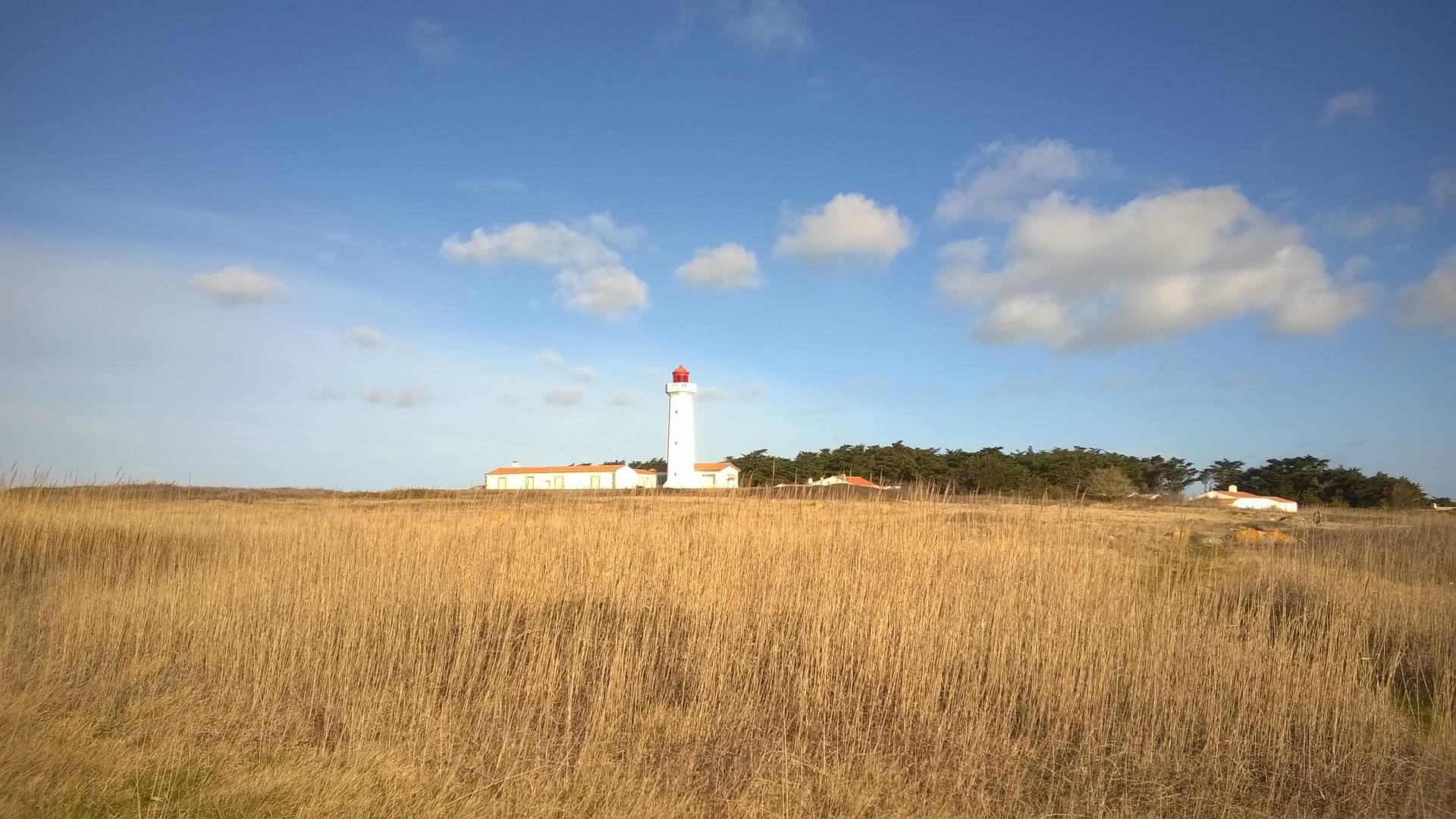 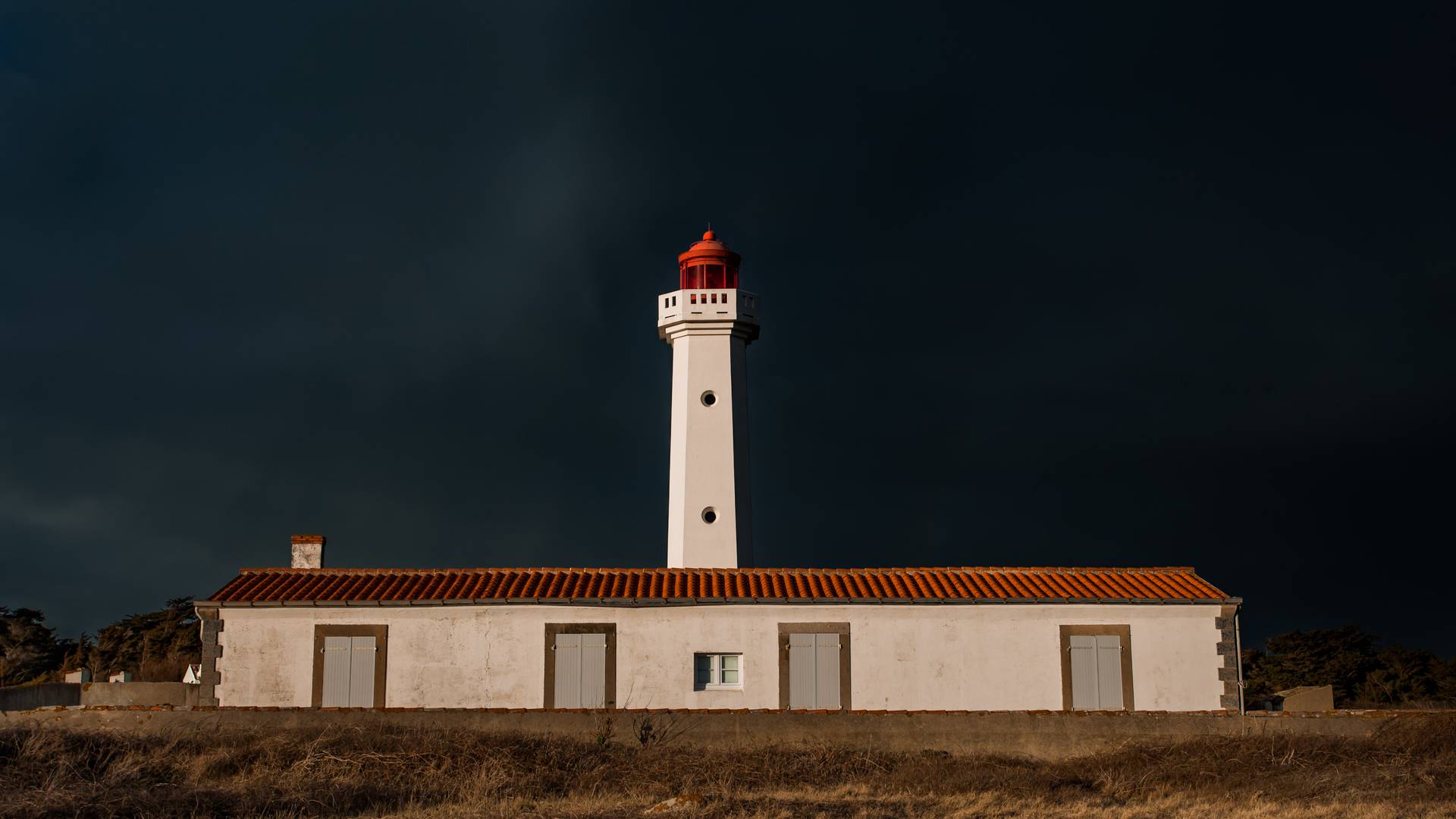 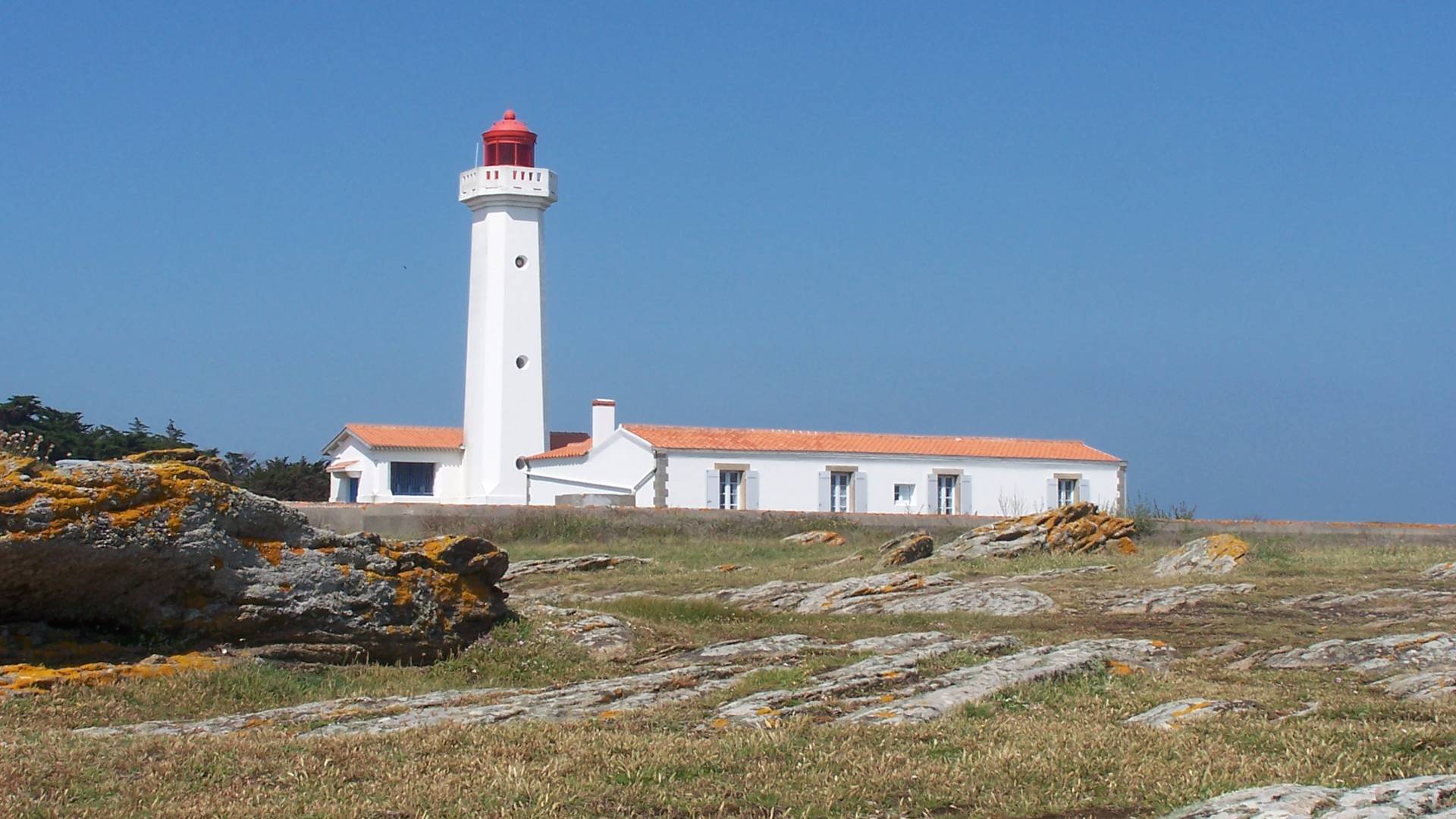 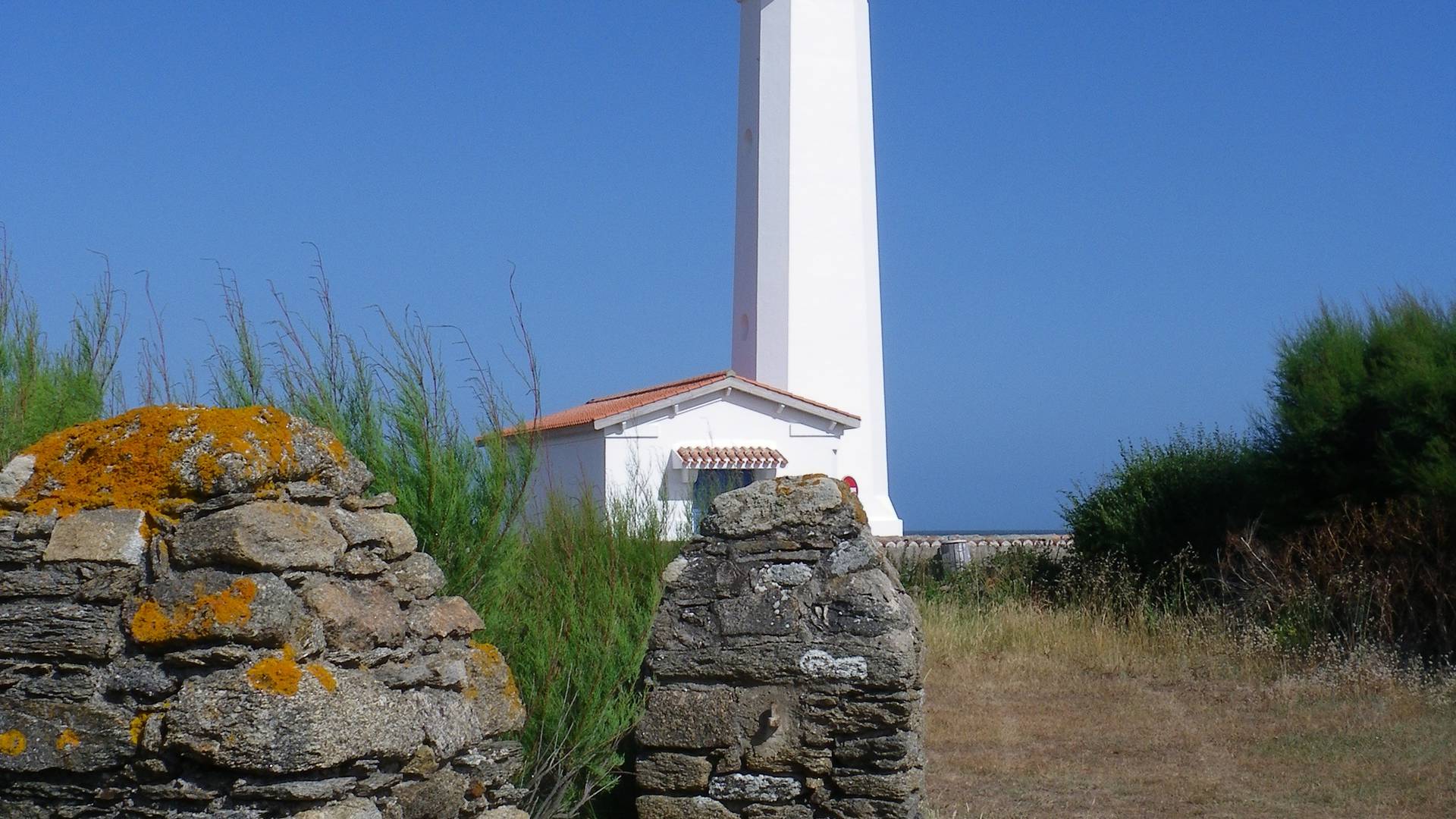 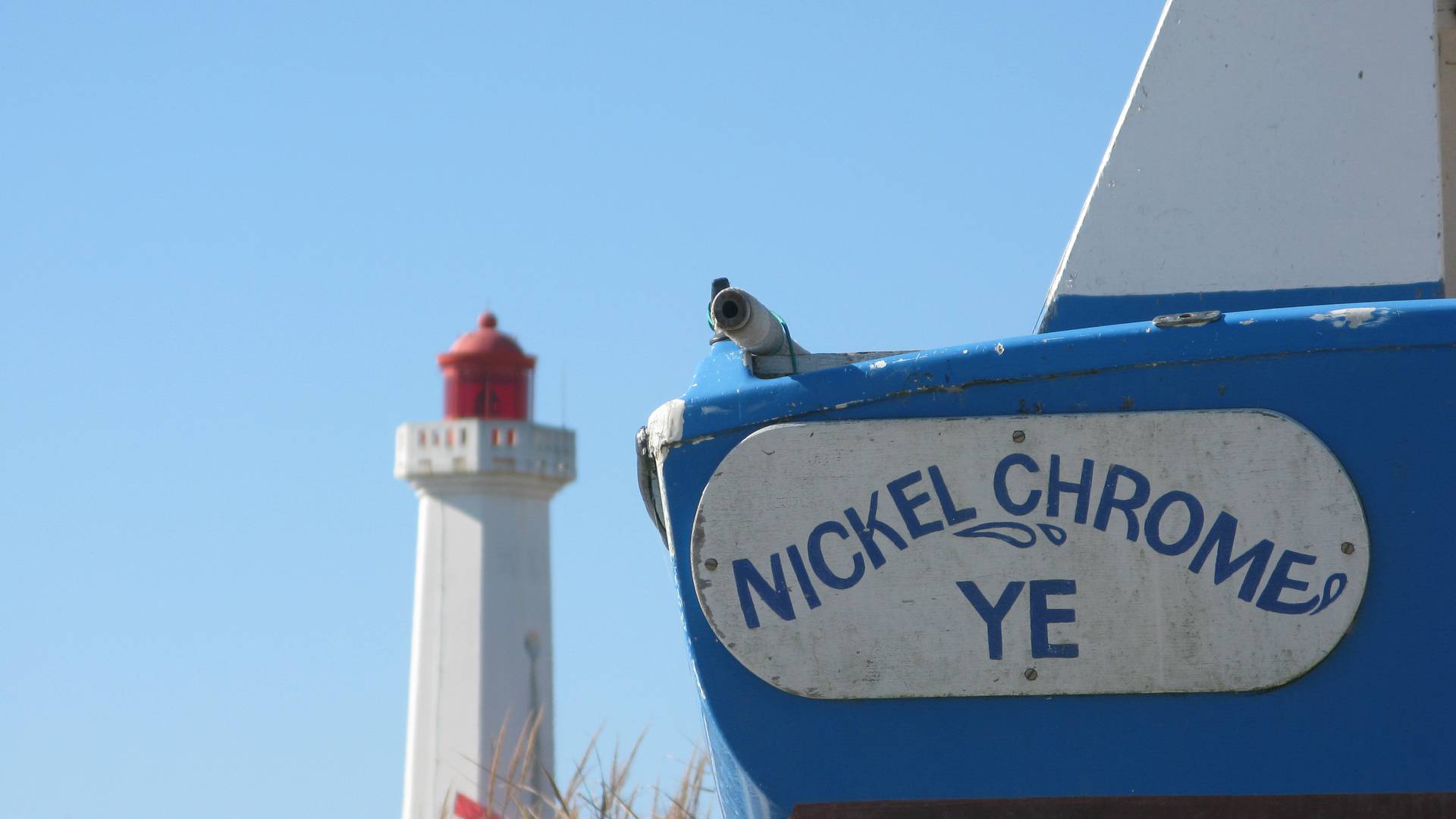 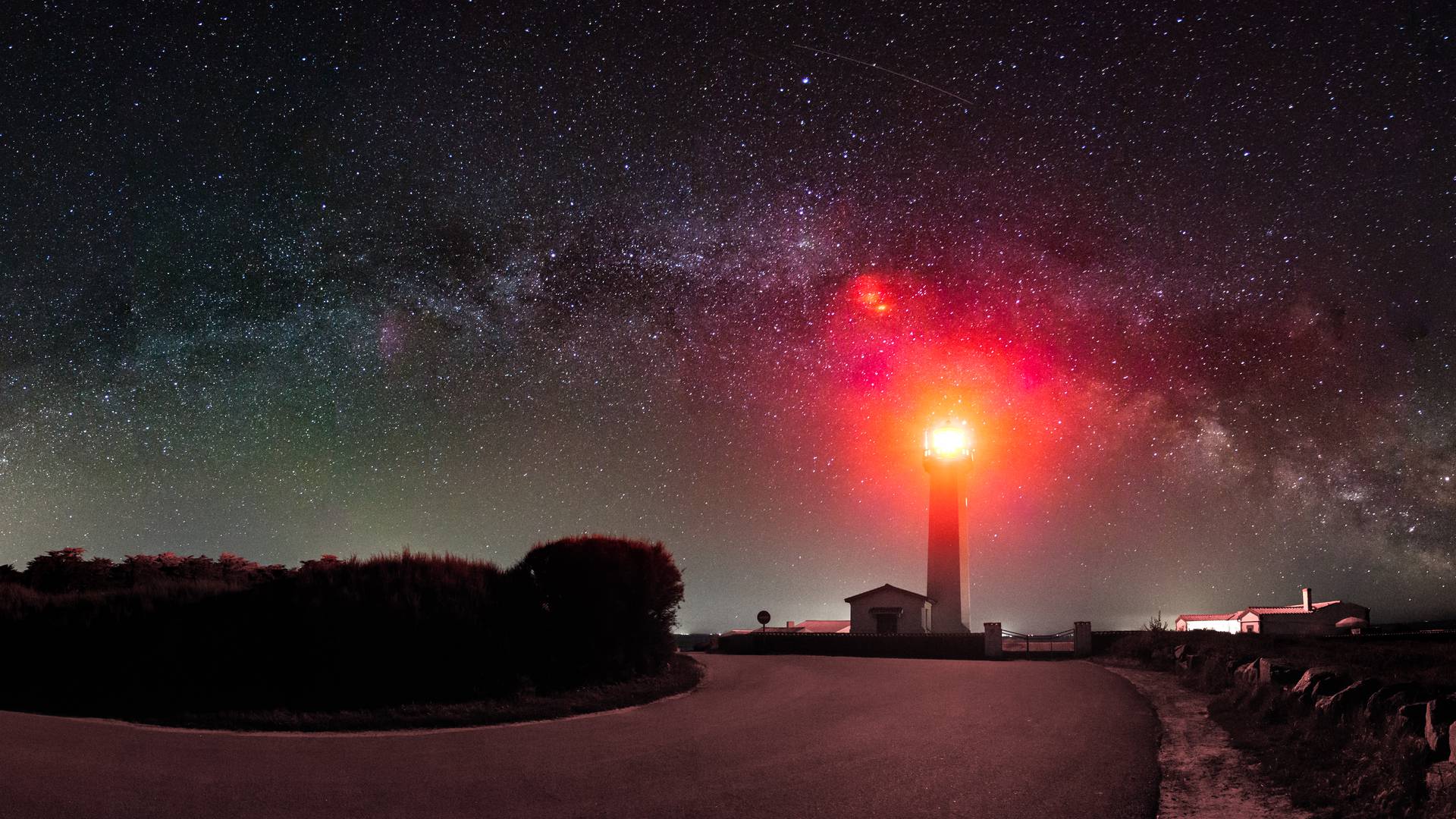 LIGHTS OF THE PORT

The light on the North-western sea wall (at the end of the breakwater) was built by the Frères Bauquin Foundries in Nantes, according to the plans of the engineer Jules Dingler. The occulting lamp flashes every 4 seconds, with a white and a red side. It is sheltered by an octagonal metal turret placed on a white concrete casing. Since 1932, it has also been equipped with a three-occultation lamp flashing every 15 seconds, with white and green sides.

The Phare des Mariés light was built in the nineteenth century according to the plans of the engineer Pierre-Théodore Decharme. The fixed white lamp is based on a square turret with a 12 m high masonry housing. Today the lamp is no longer used, and the building is occupied by the Club des Plaisanciers yachting society. It opens to visitors on national Heritage Days each year. 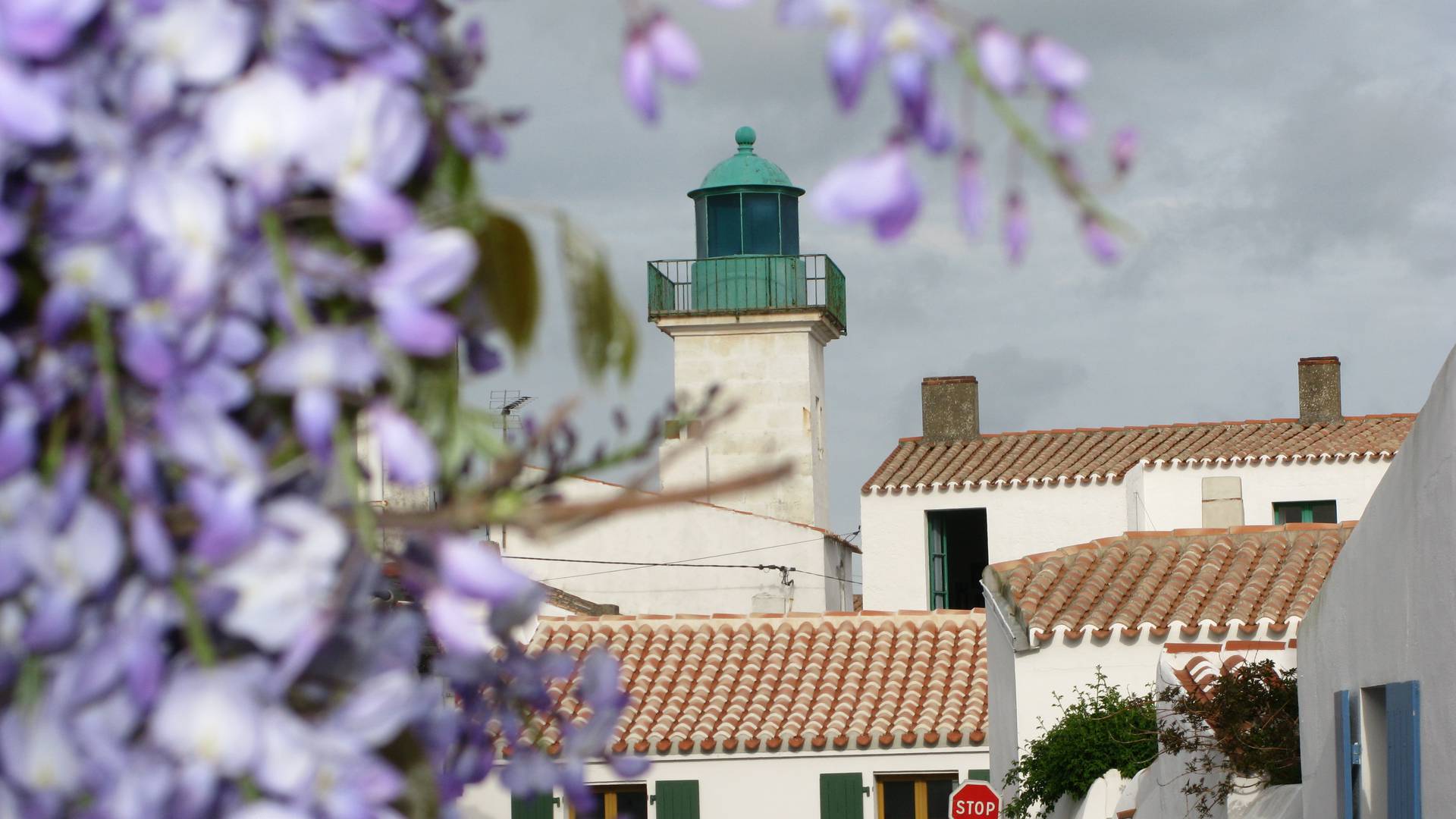 The Grand Quay light (quai du Canada), located on the end of the pier to the right of the entrance to the harbour, was built according to the plans of the engineer Maurice Plantier. The fixed green lamp is perched on a cylindrical stone turret 5.35 metres high.

Advice from the Tourist Office:
Discover all the lighthouses of Port-Joinville by downloading our discovery tour: 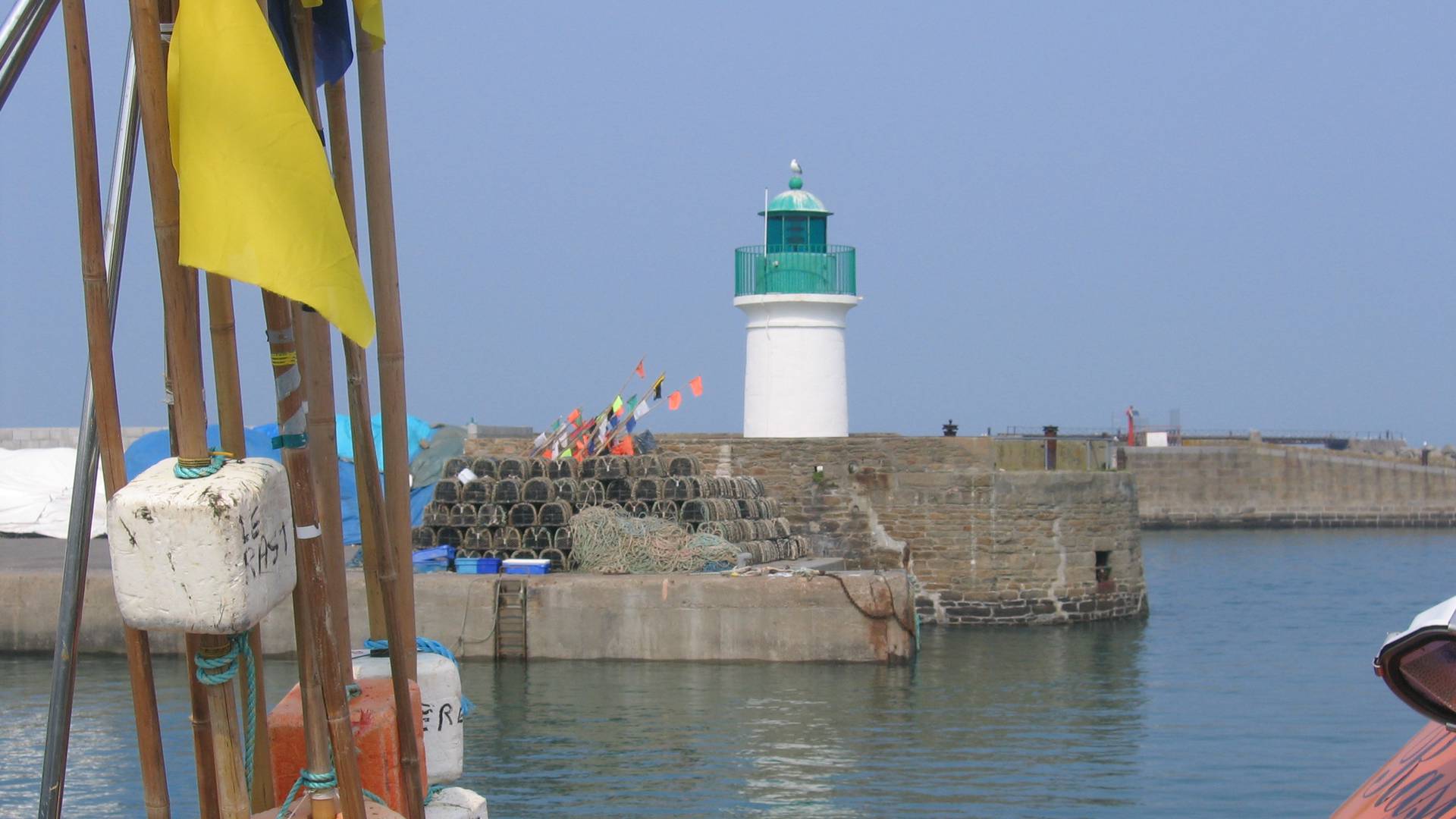