The religious sites of L'île d’Yeu

The chapels and churches of the island

Chapels and churches are an ever-present part of your stroll around L'île d’Yeu.

THE CHAPEL OF LA MEULE

Dedicated to Notre Dame de Bonne Nouvelle, the chapel has watched over the small port of La Meule for 9 centuries and is, without a doubt, one of the oldest religious monuments still standing on the island. It was built in the eleventh century. At that time, coming of the year 1000 was particularly dreaded, heralding the end of the world.

Lords and warlords feared for the salvation of their souls and made all sorts of promises to the prelates to have churches and chapels built in haste. The year one thousand came and the sky failed to fall in. The terror passed, but the church nevertheless didn't wait to remind certain people of their generous votives. Two brothers, Herbert and Beranger, from Brem sur Mer landed on the Ile d’Yeu to fulfil their vows. With the help of the monks of the Abbey of St Martin de Marmoutier, they began the construction of the Church of St Sauveur. They then built three small sanctuaries on the island, including the chapel of La Meule, which a charter dating from 1040 refers to as being in the name of St. Mary.

The chapel has overlooked the port for nine centuries

The name of the chapel dates from the 18th century. It is mentioned in 1770 in the biography of Le Père de Montfort who recorded that the chapel was placed under the invocation of  Notre Dame de Bonne Nouvelle. As the protector of sailors, she is invoked when storms blow, and when anxiety oppresses believers. Traditionally, tears of gratitude are offered to her when a ship finally returns to the port. 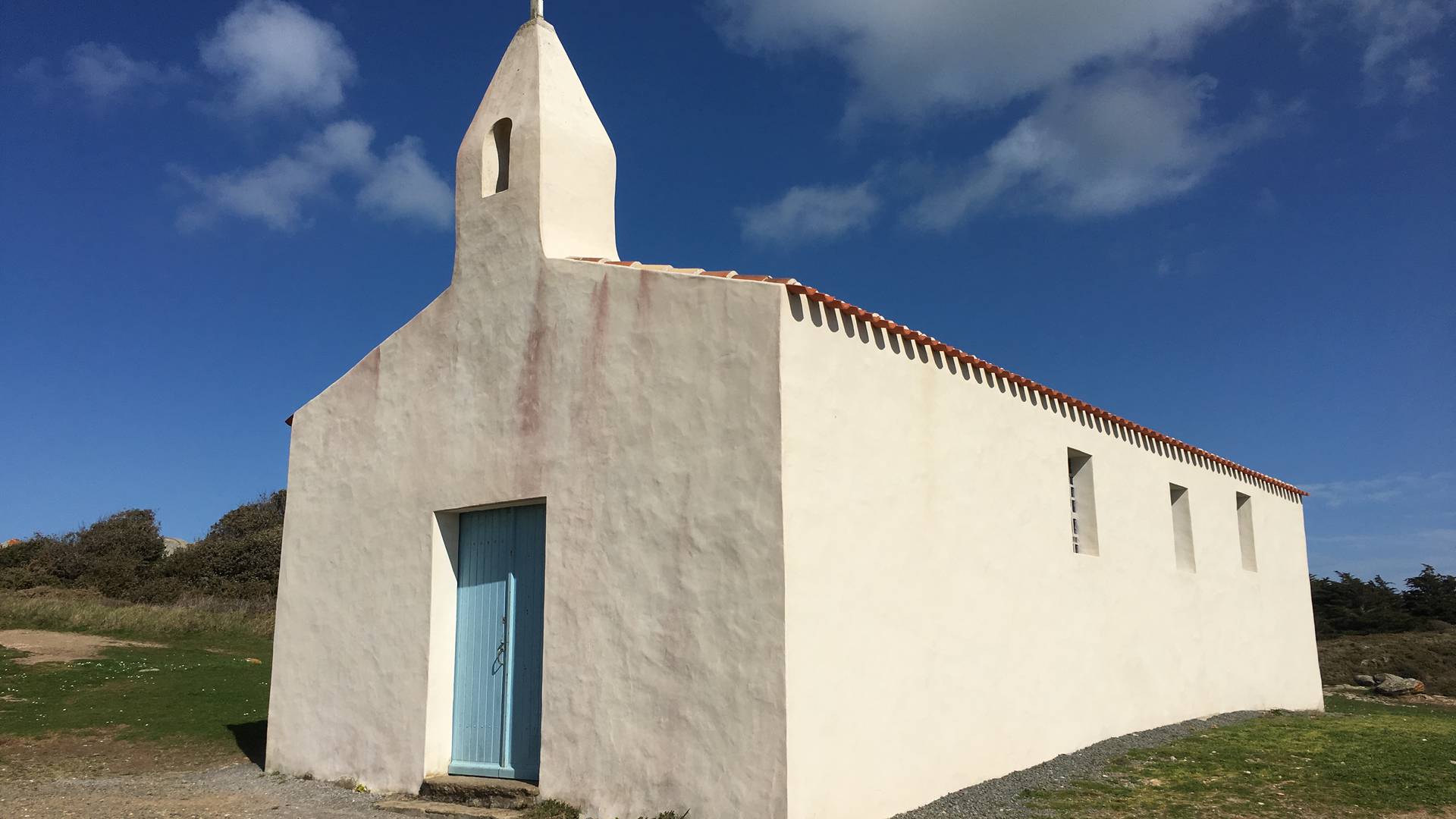 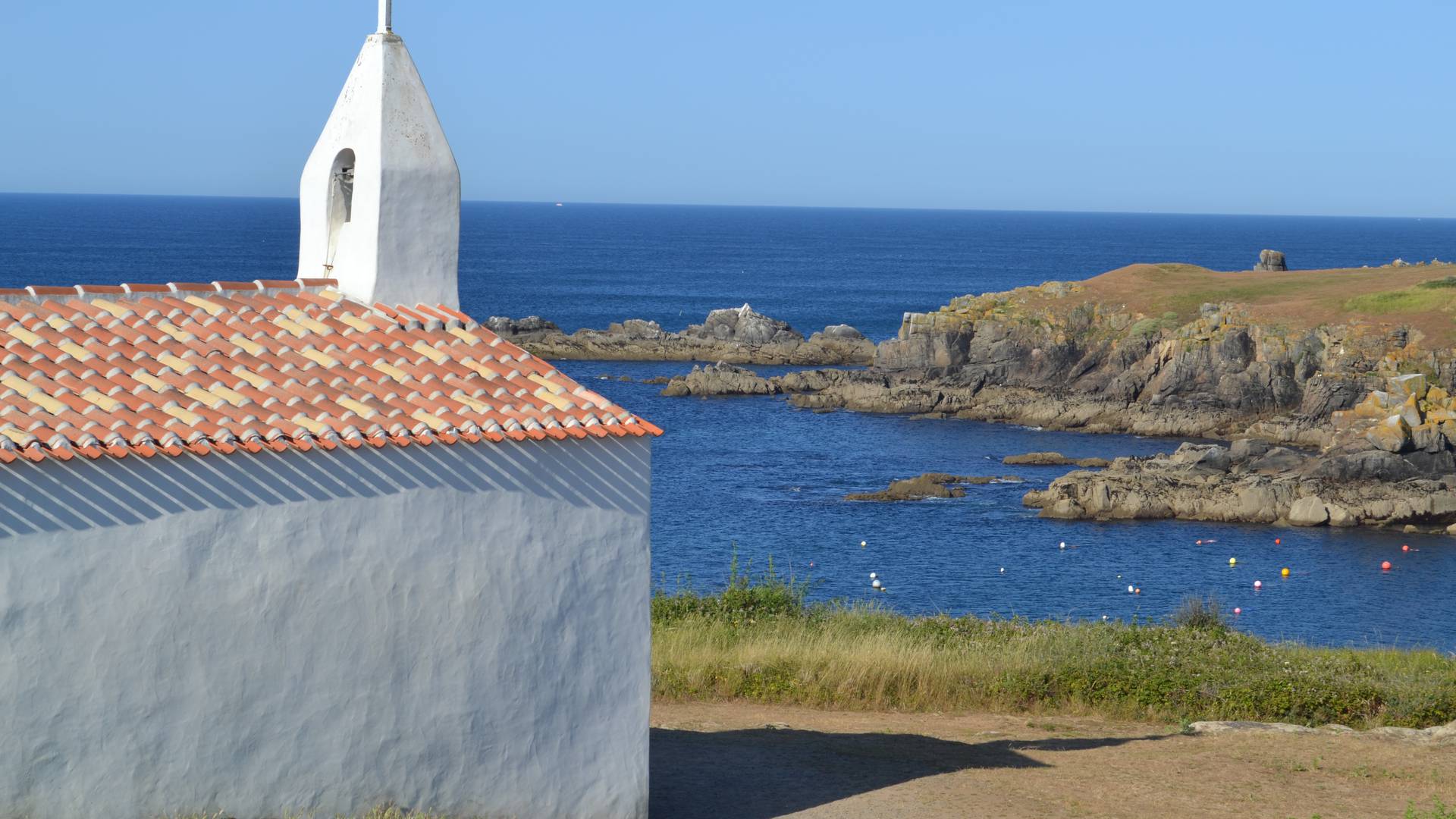 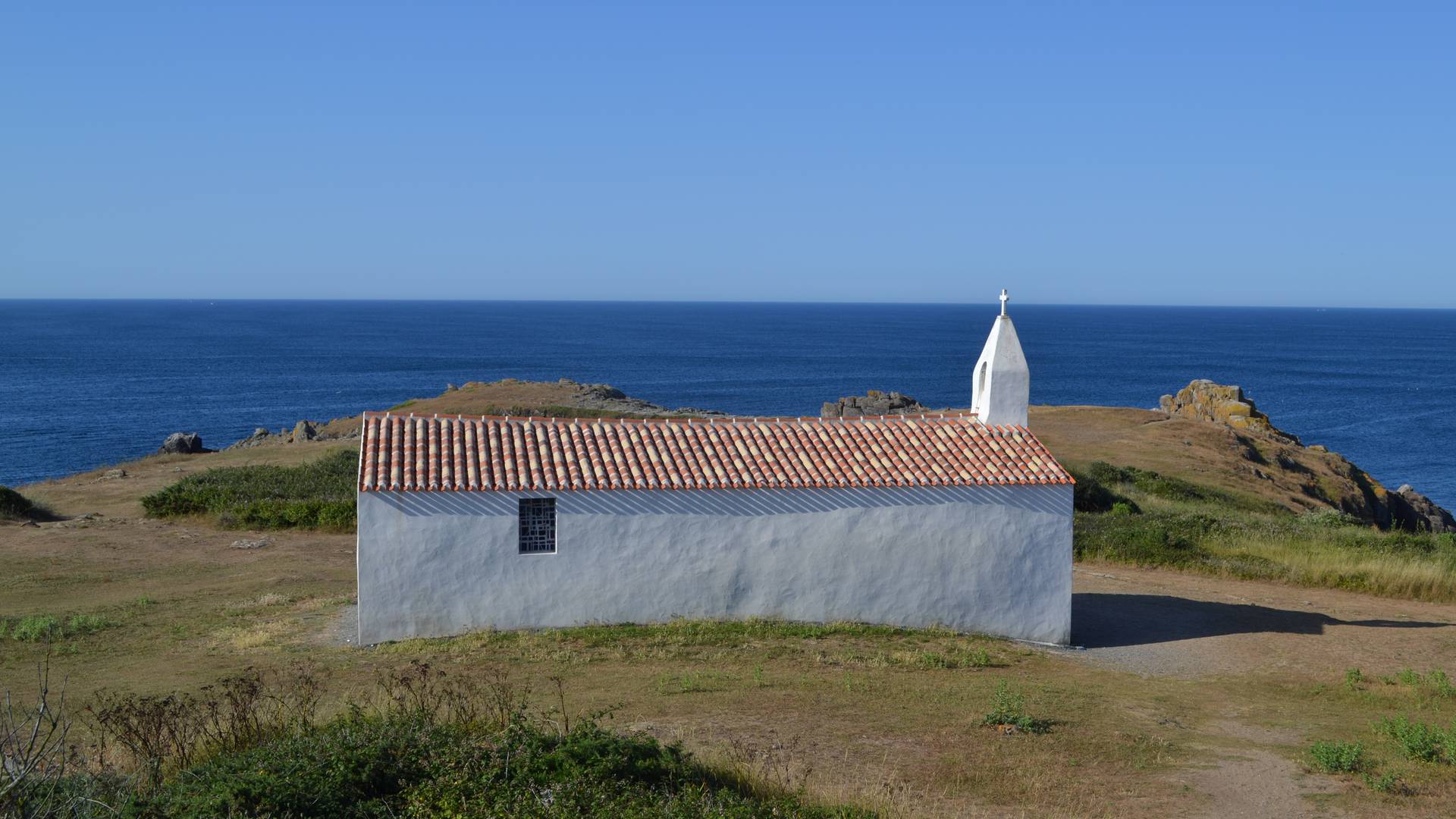 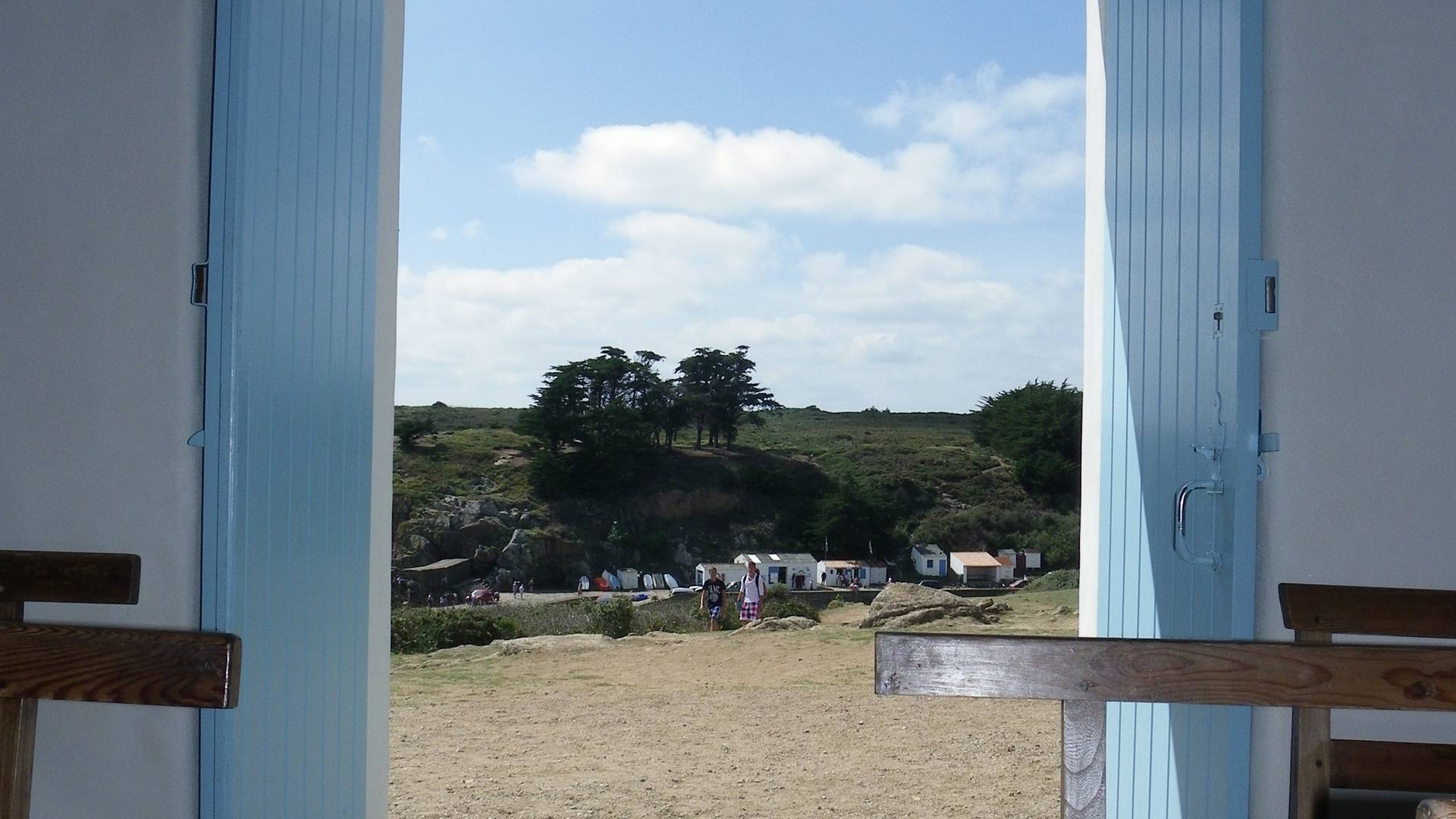 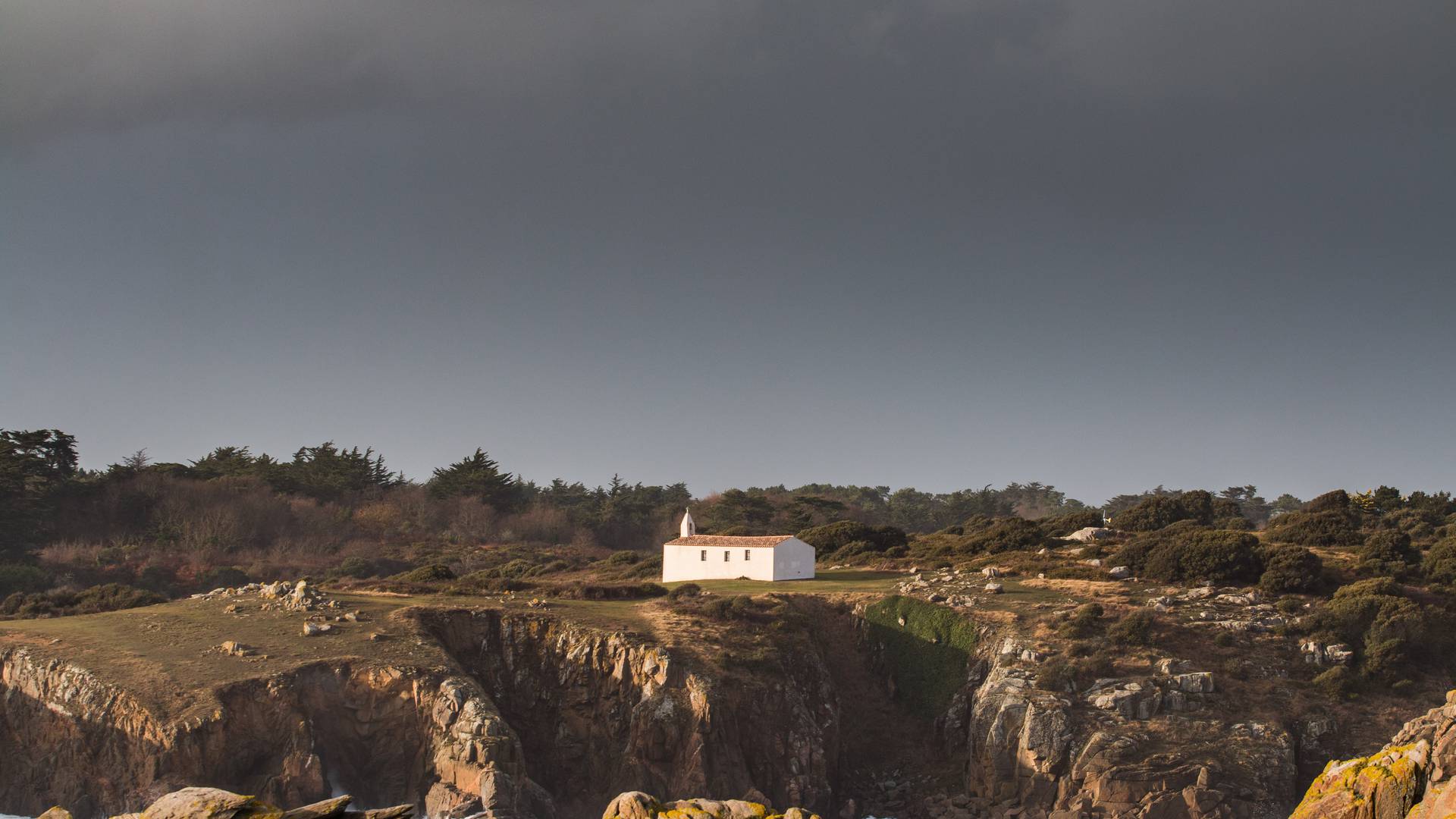 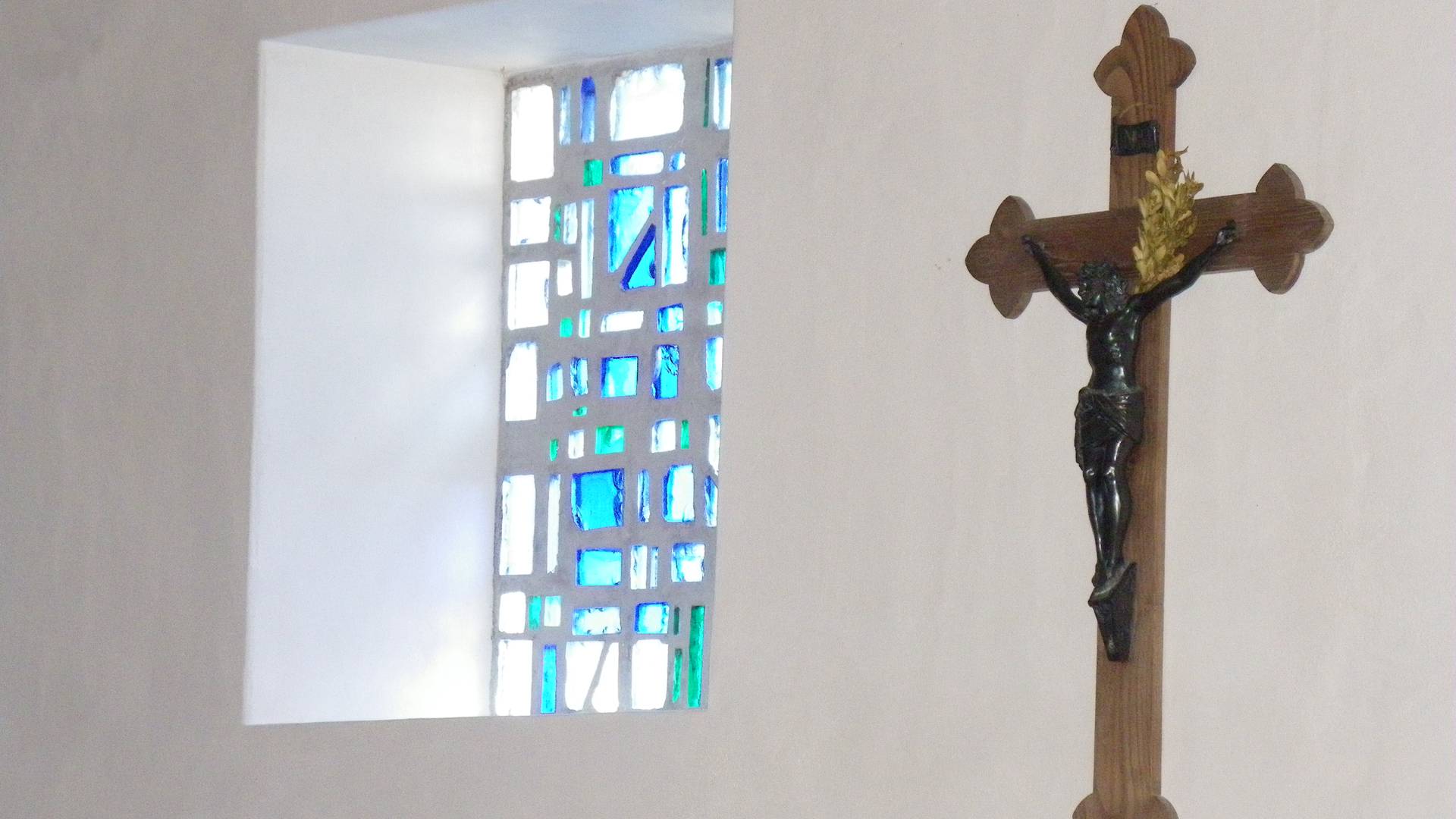 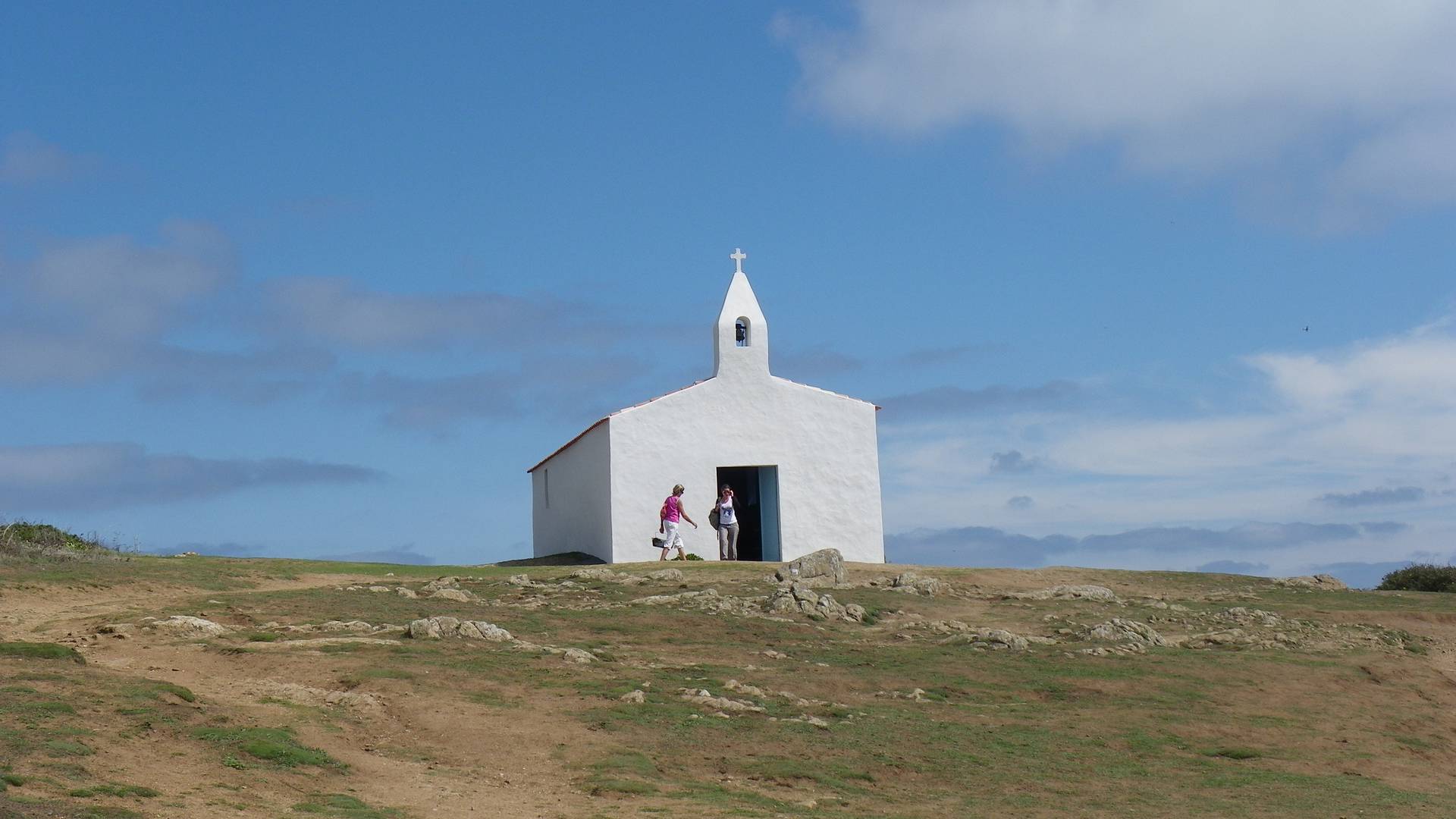 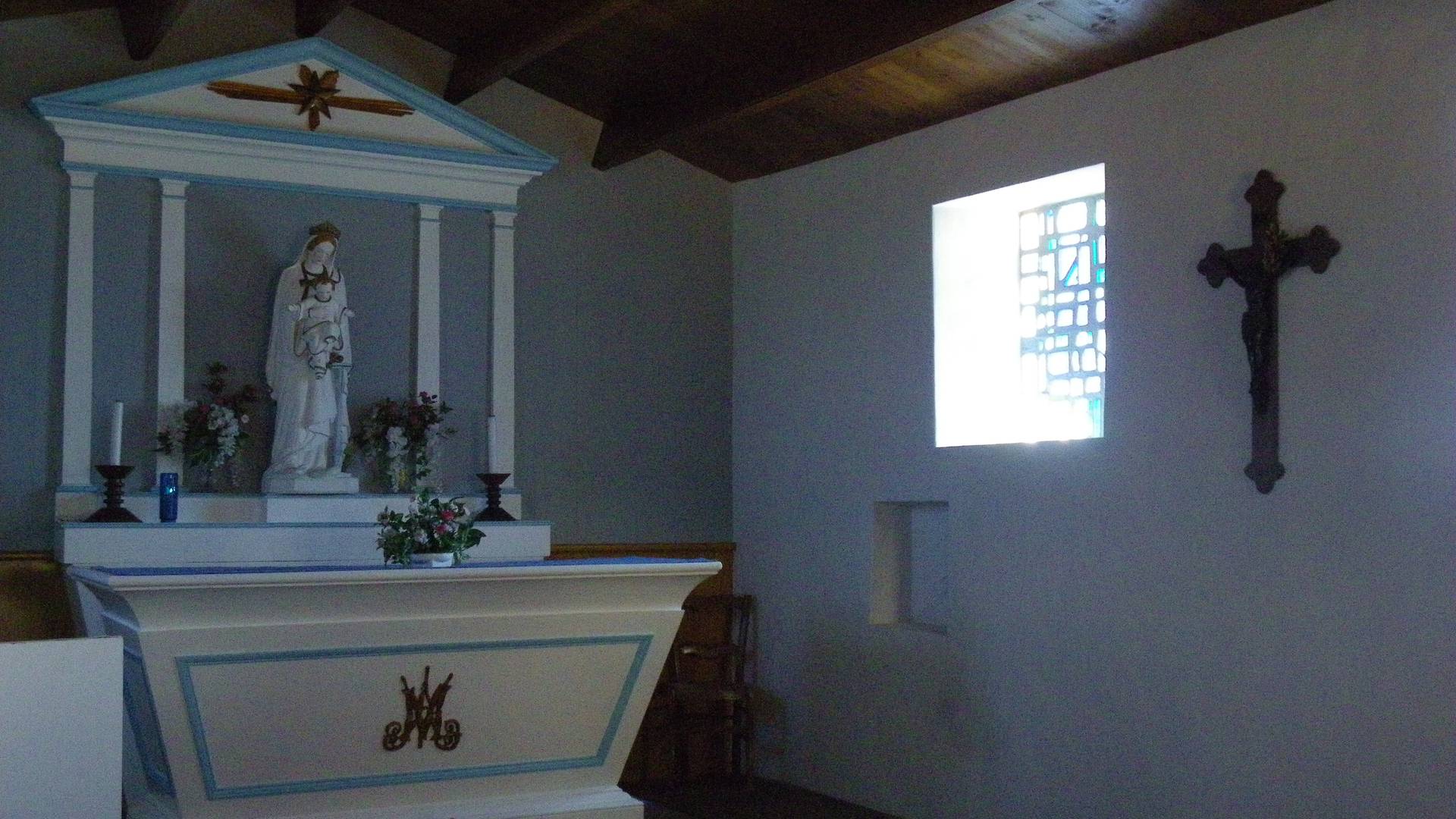 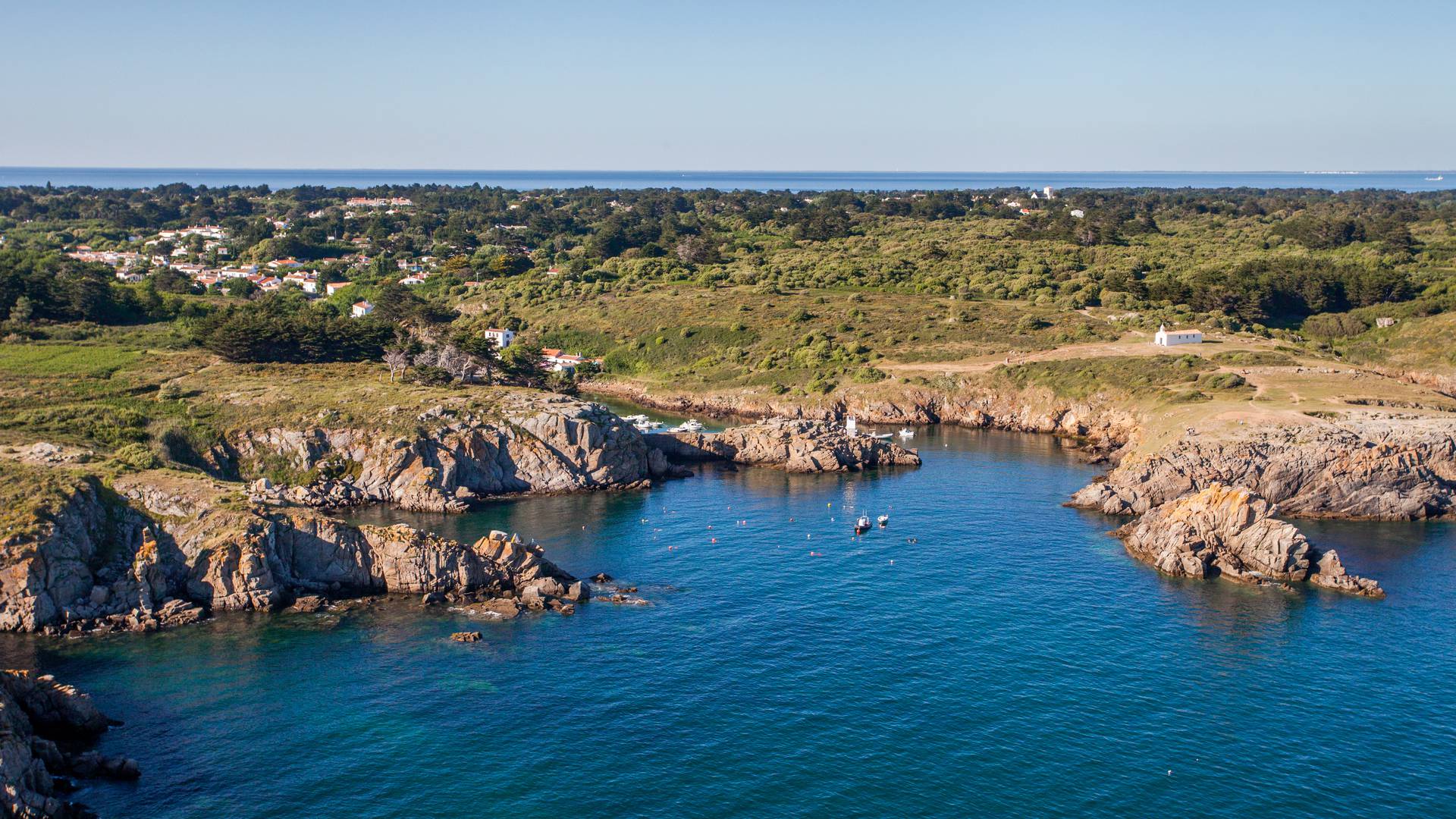 THE CHURCH OF ST-SAUVEUR

This Romanesque church, in grey granite, overlooks Saint Sauveur, the former capital of the island. It also originates in the flowering of religious buildings resulting from the great spiritual movement which followed the year one thousand. Built on the foundations of a former sanctuary, it was originally a priory, then a parish church. Earliest records of its existence appear in a charter from 1040.

Its bell tower, formerly surmounted by a tall, sloping spire, was capped in the 18th century by a truncated pyramidal tower 17 meters high which served as a visual reference for maritime navigators. In November 1953, lightning set it on fire.

The neo-Gothic style nave was built in 1857 on the ruins of the old, completely dilapidated Romanesque nave. 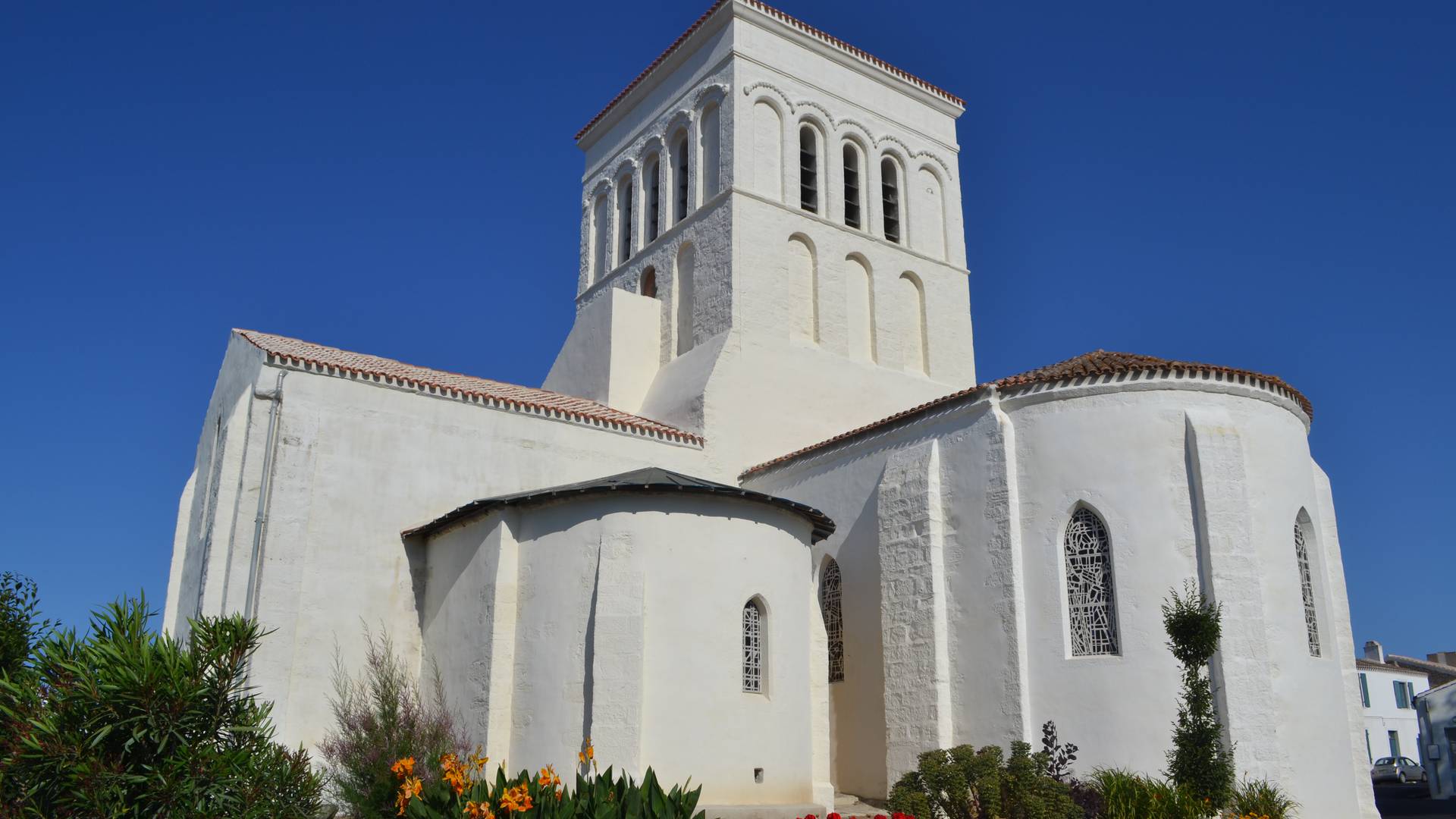 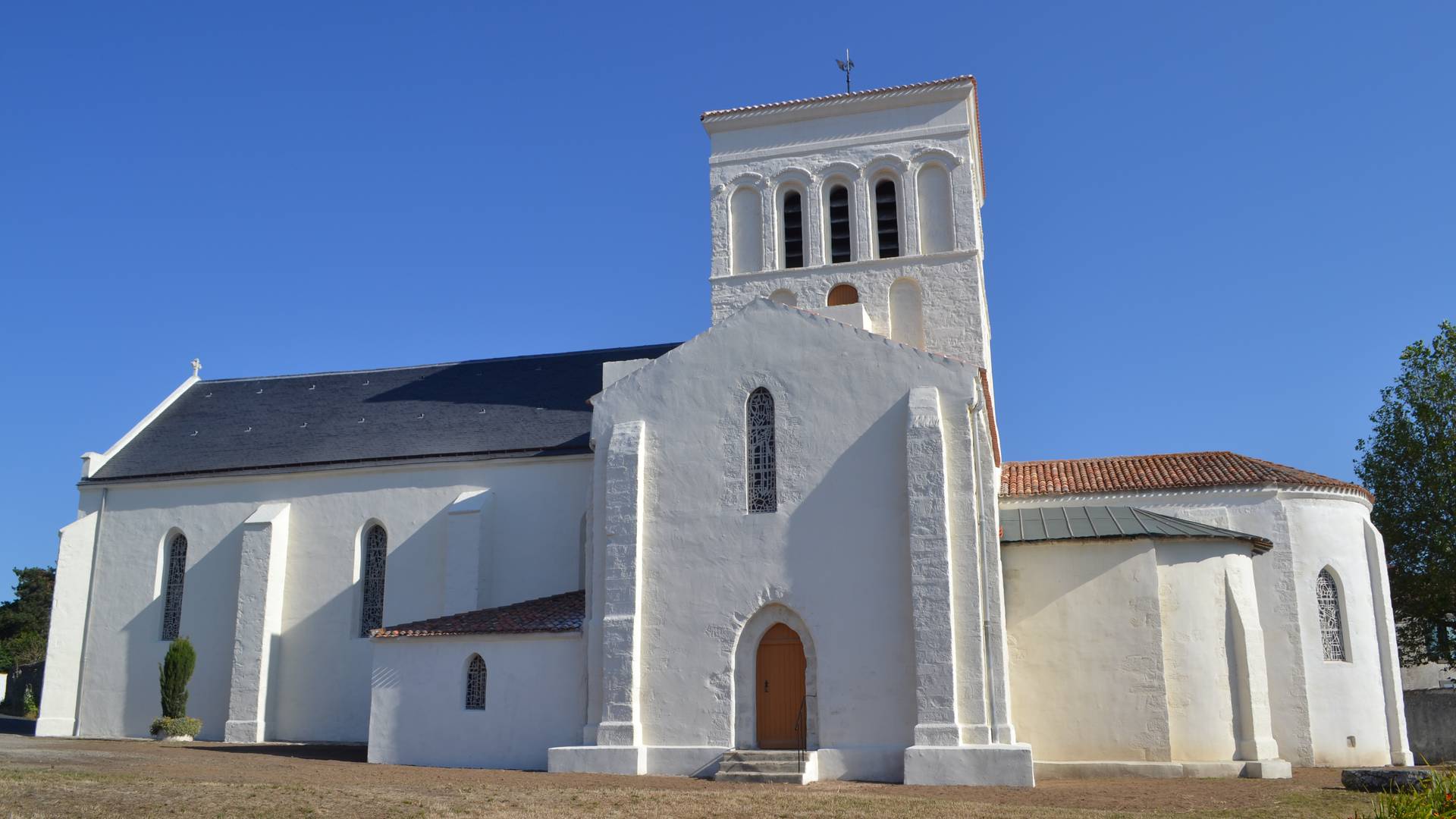 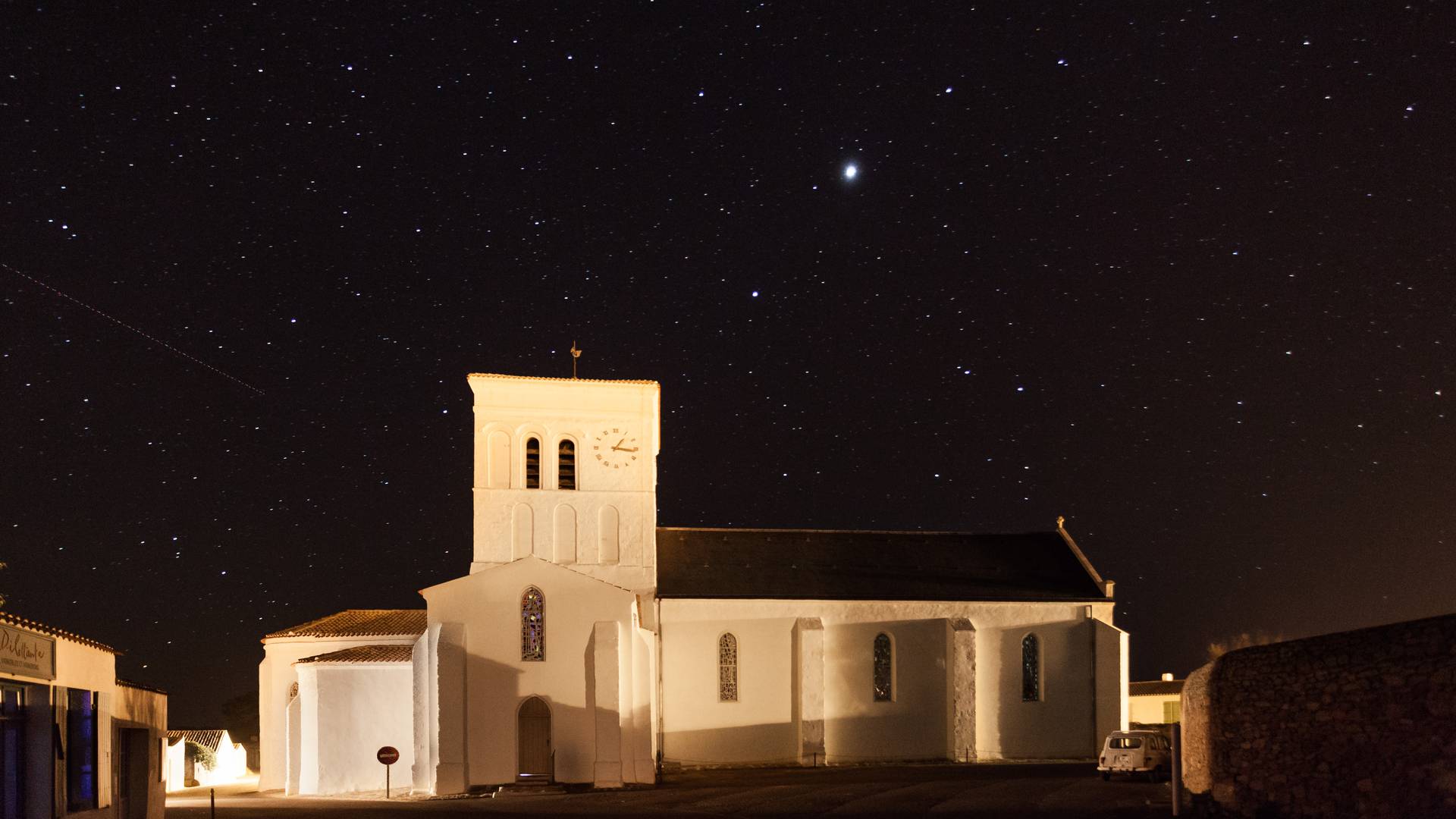 On the heights of Port-Joinville stands one of the two churches of the parish of St-Amand of the Ile d'Yeu, the parish church of Notre Dame du Port, built between 1827 and 1829, and enlarged in 1887. Its curious bell tower, surmounted by a bulbous campanile, gives it an oriental air, evocative of the silk road.

Three models of frigates are suspended from the wooden ceiling of the nave. Dating from the nineteenth century, they remind us of the devotion of the island's sailors to Our Lady, their protectress. The left transept is occupied by a gigantic organ with 1500 pipes, installed in 1996. 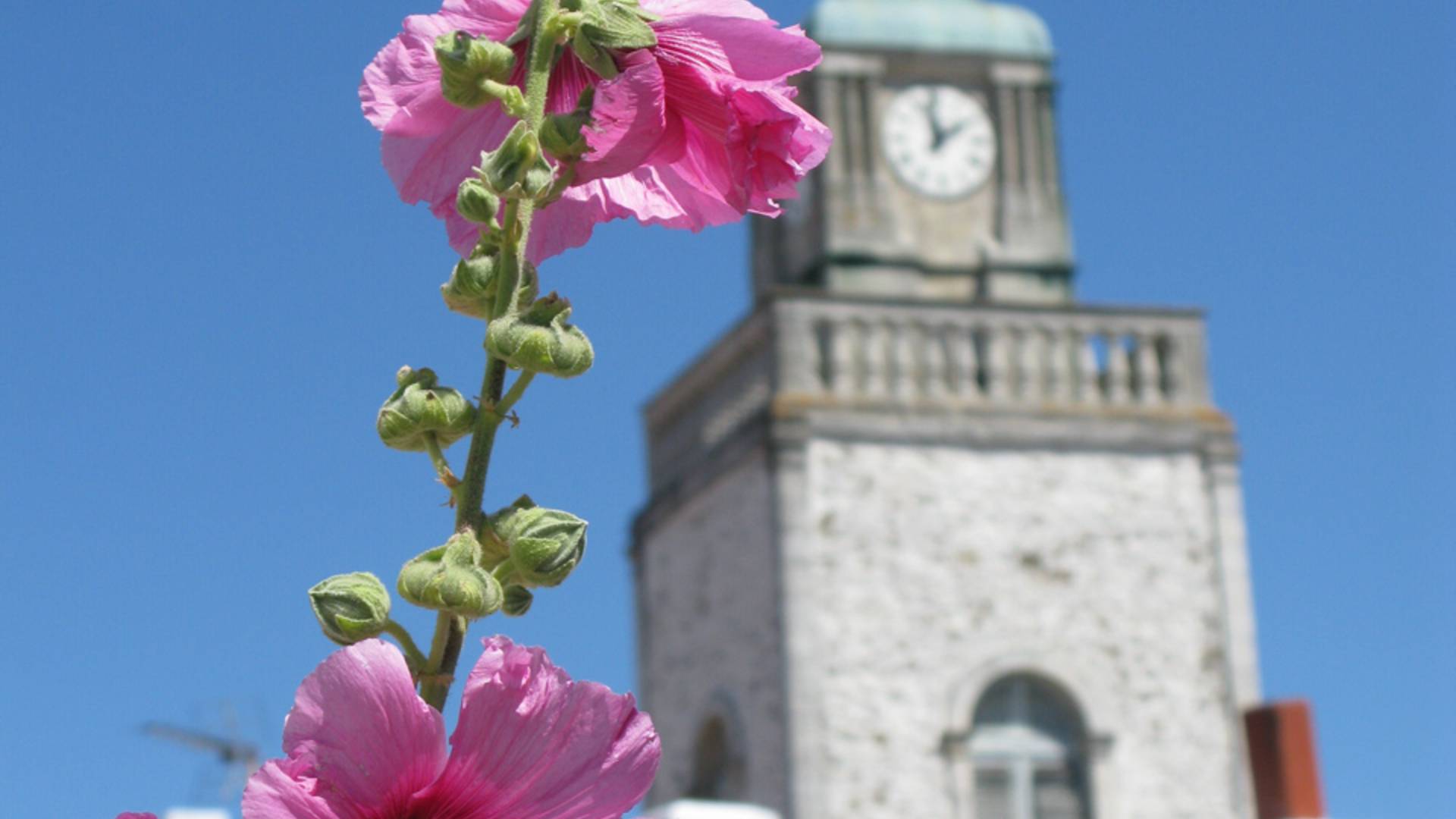 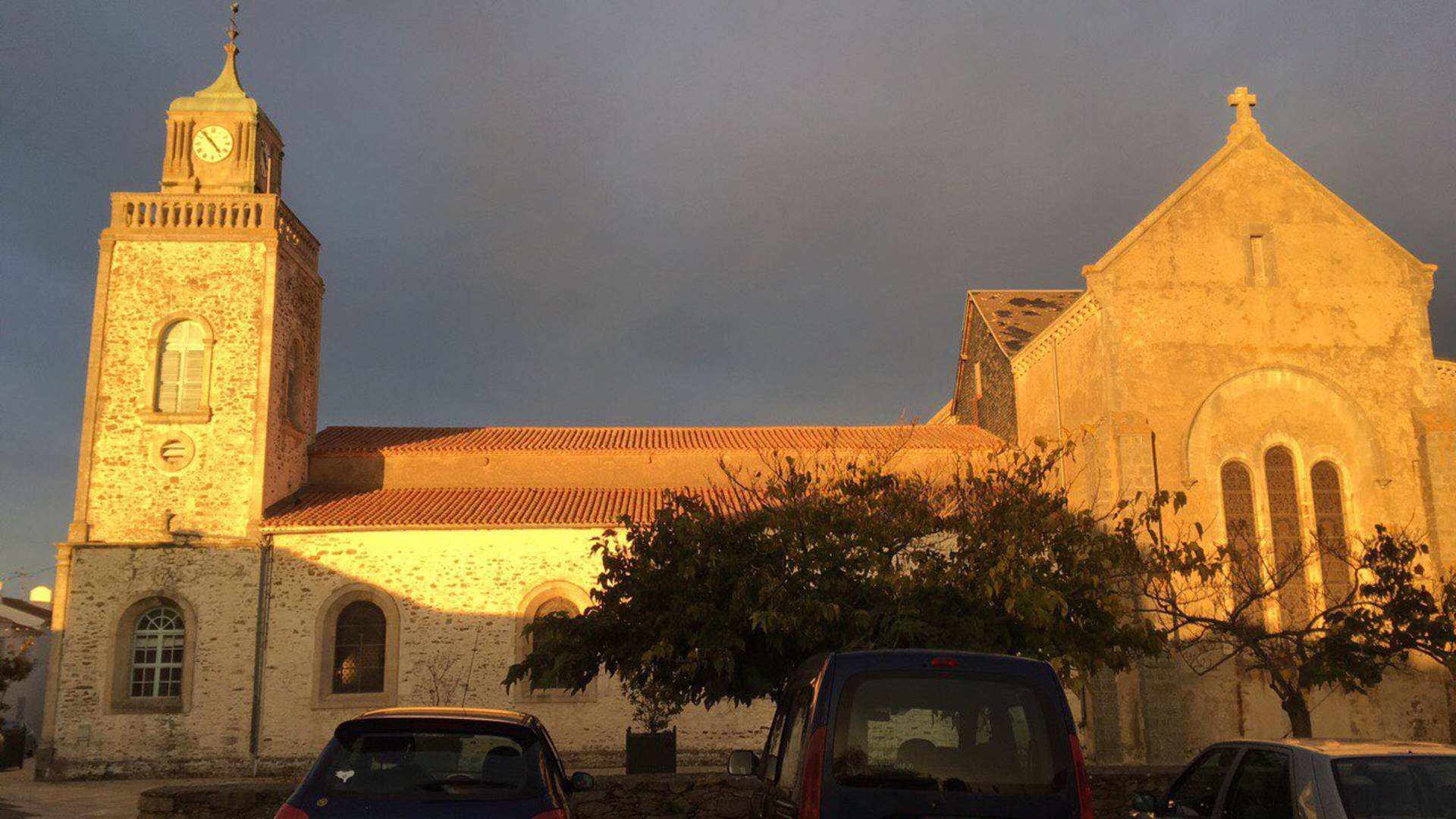 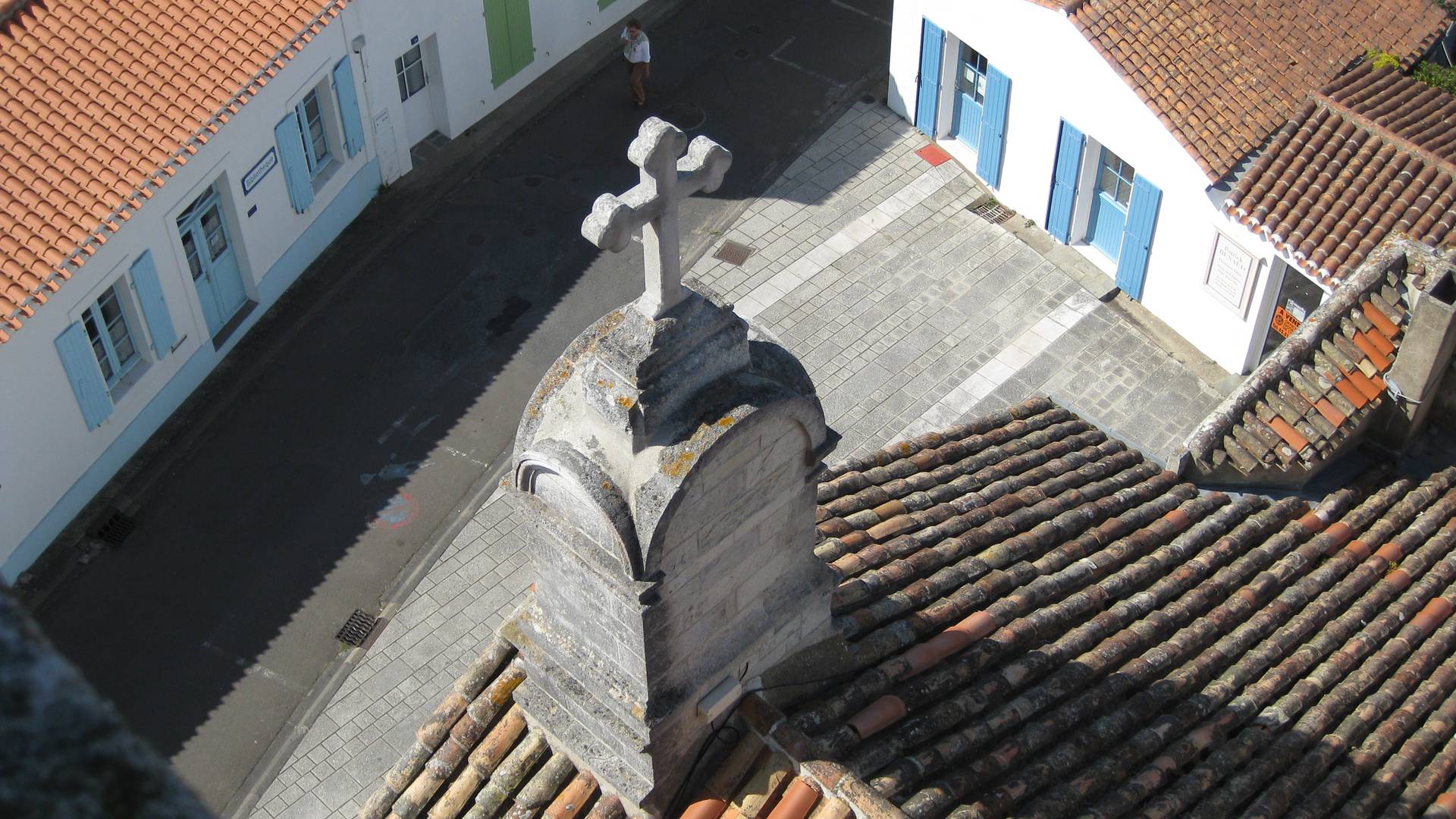 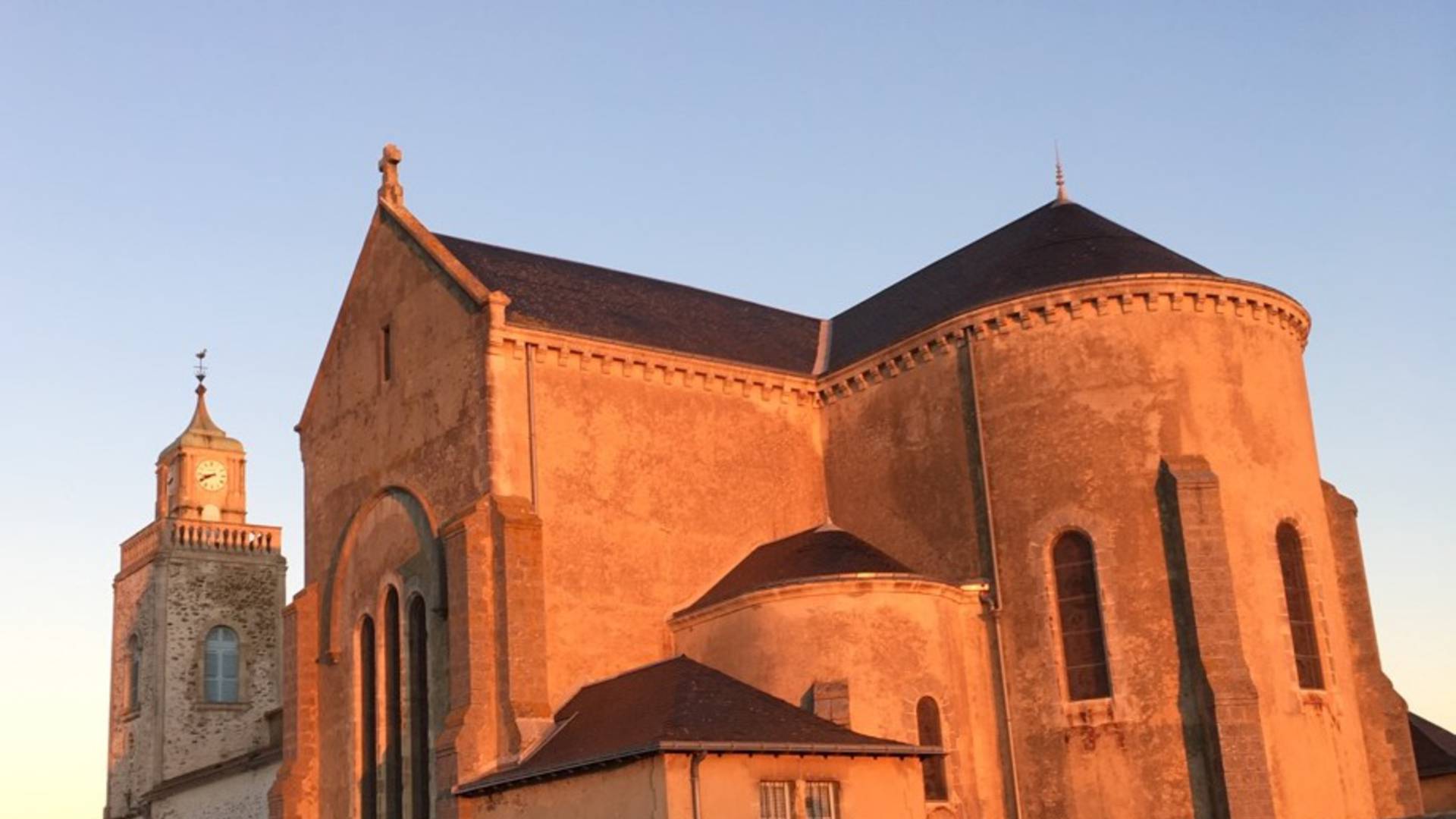 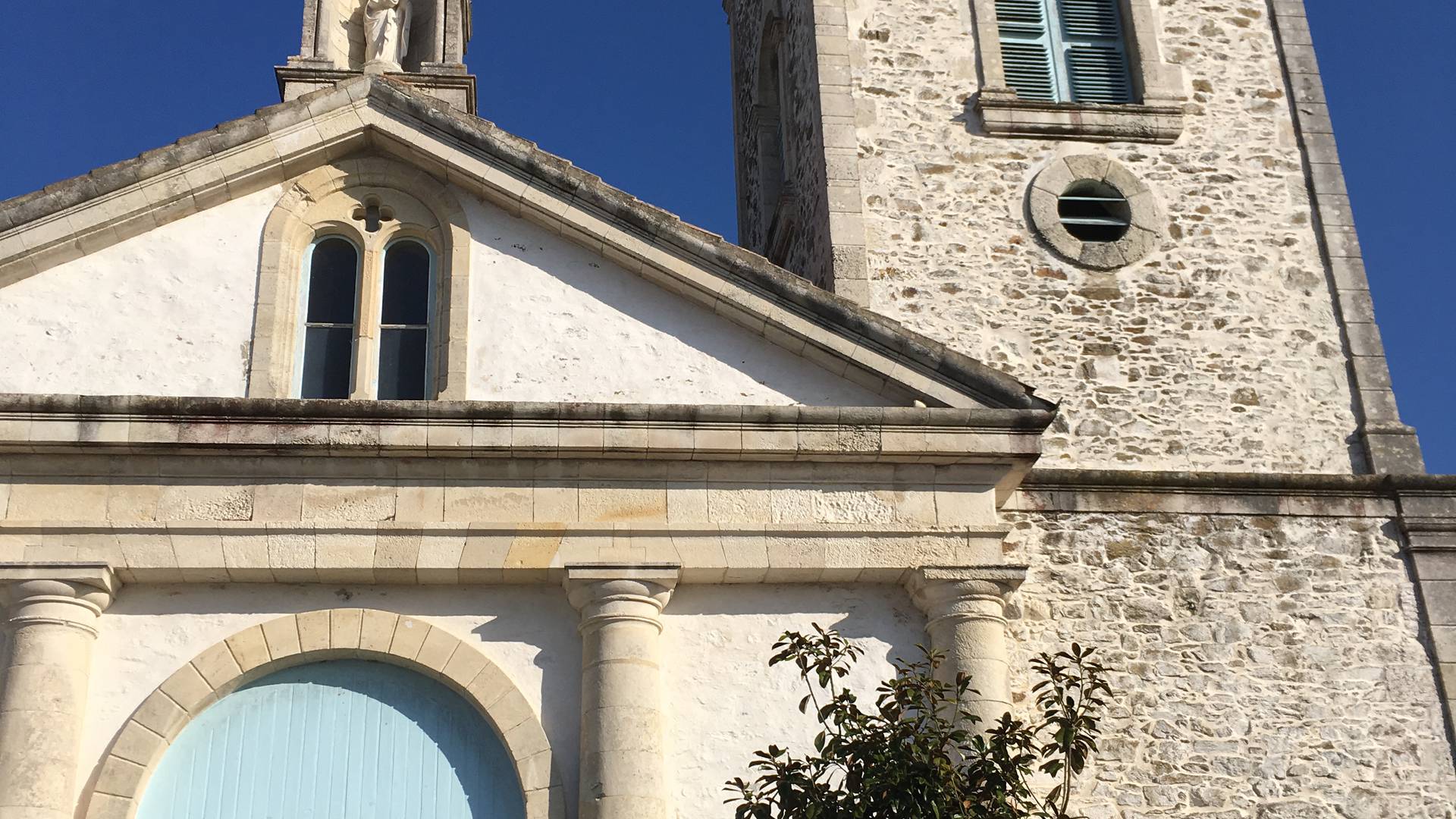 THE SMALL CHAPELS OF THE ISLAND

Witnesses to the deep faith of the islanders over the centuries, a large number of religious buildings, modest and sober, blue and white in the colours of the sea and the Virgin Mary, can be found strewn across the island, its villages and coasts.

The chapel of Père de Montfort was built in 1835, then enlarged in 1889 on the site of a martyrdom statue erected at Ker Châlon in 1712. 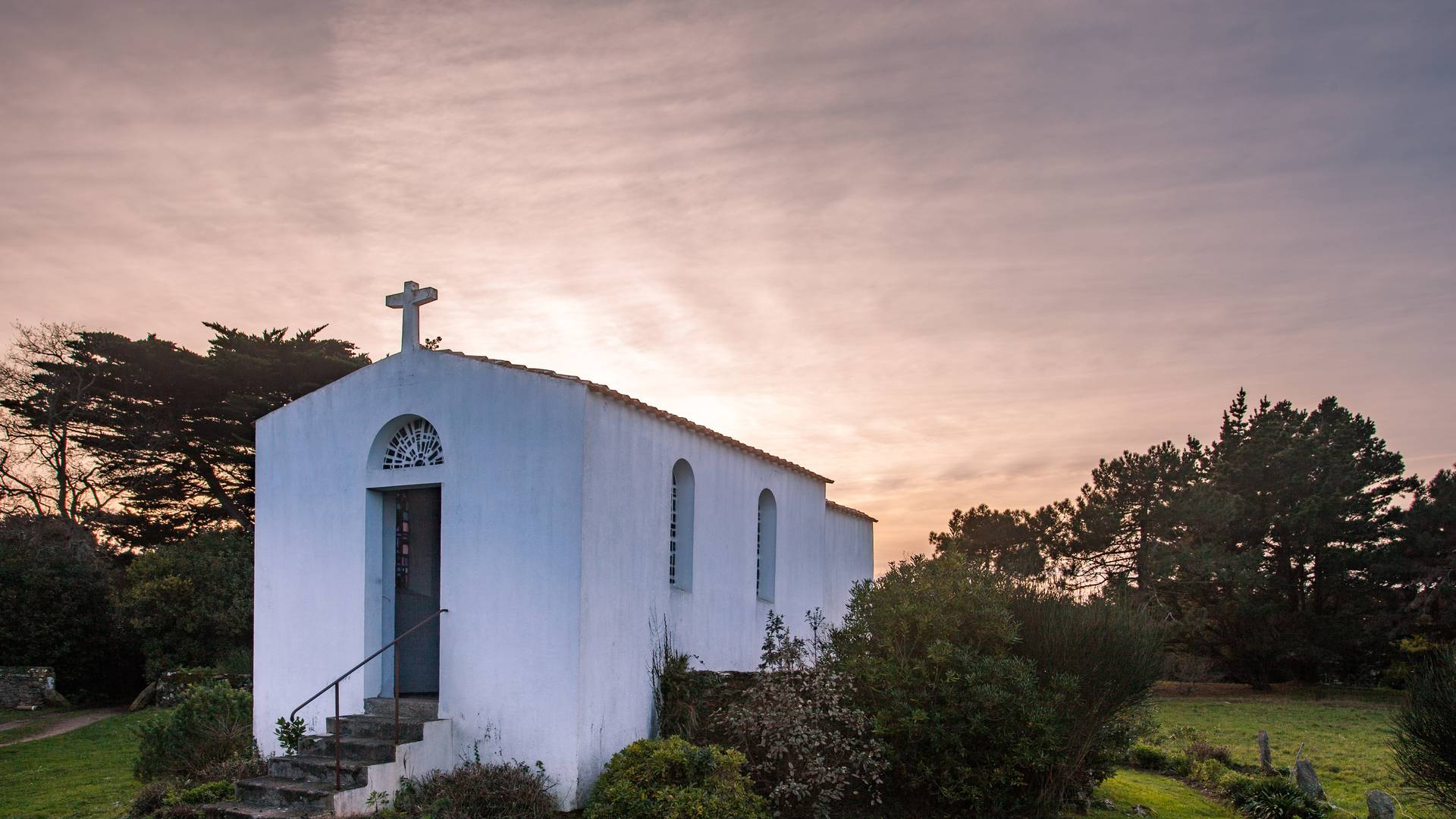 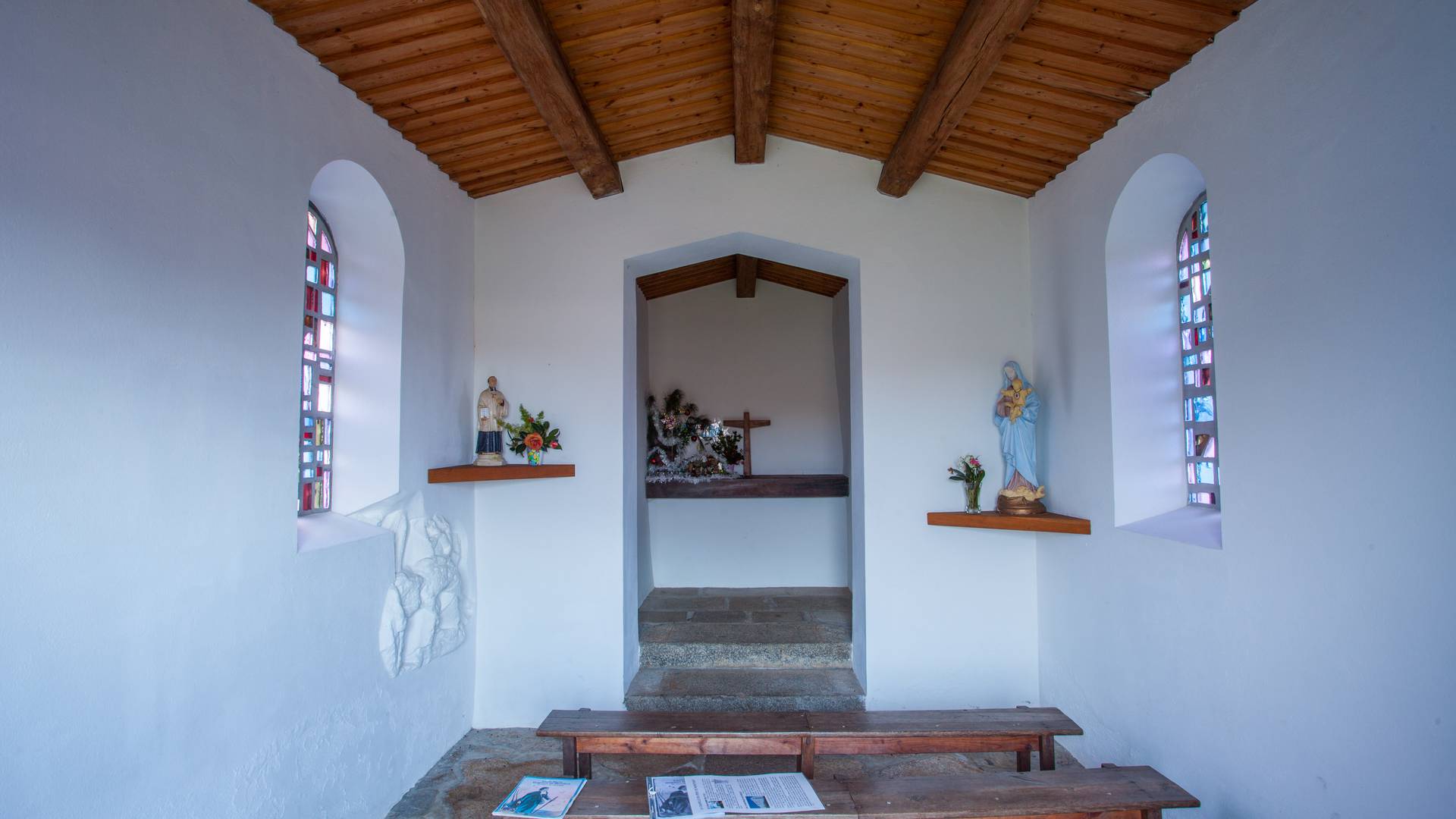 The chapel of Notre dame de la Paix was built in 1944 in honour of Mary, Queen of Peace. It is close to the site of the former monastery of St. Hilaire, where St. Amand received his monastic training at the end of the sixth century. 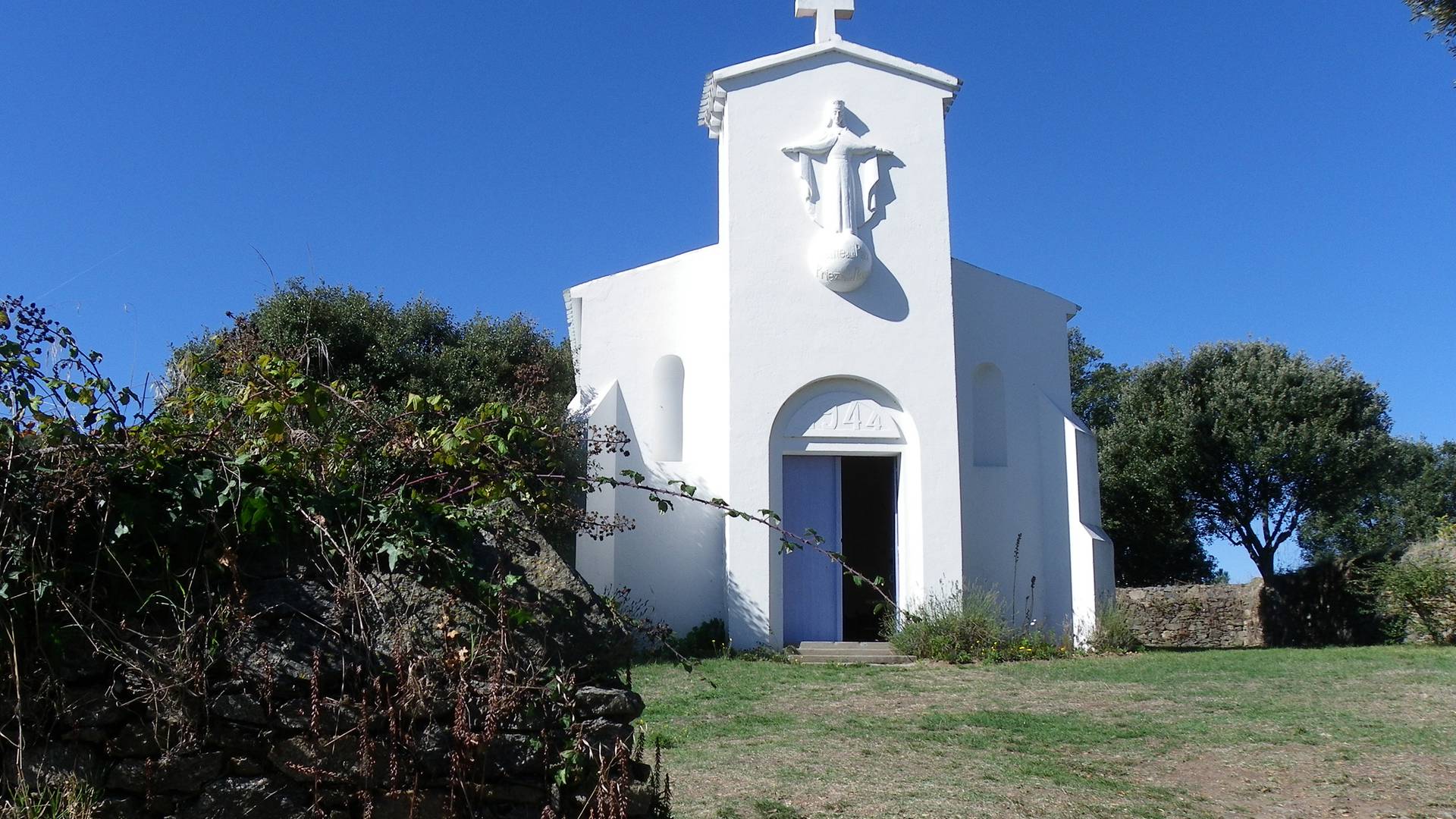 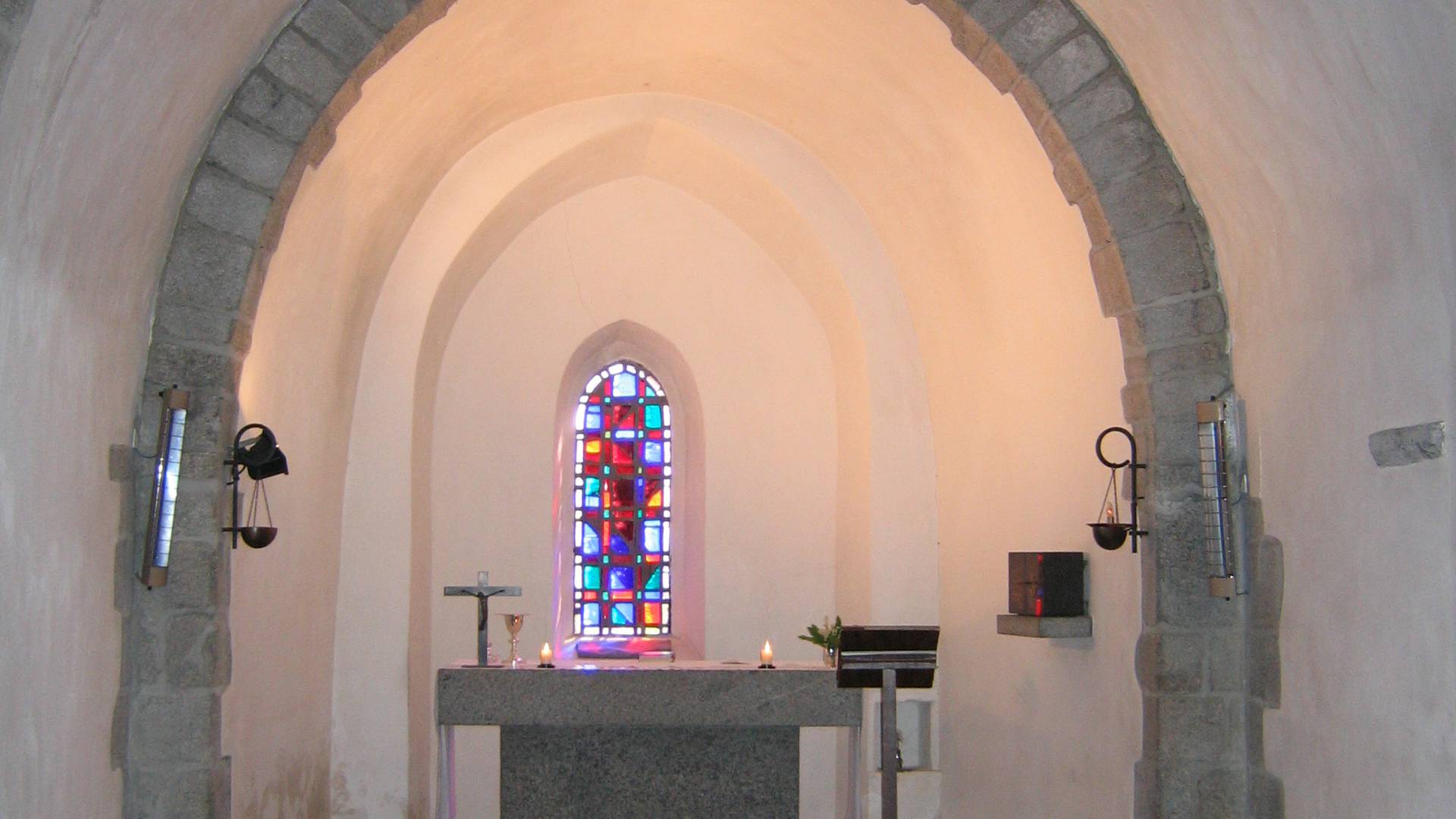 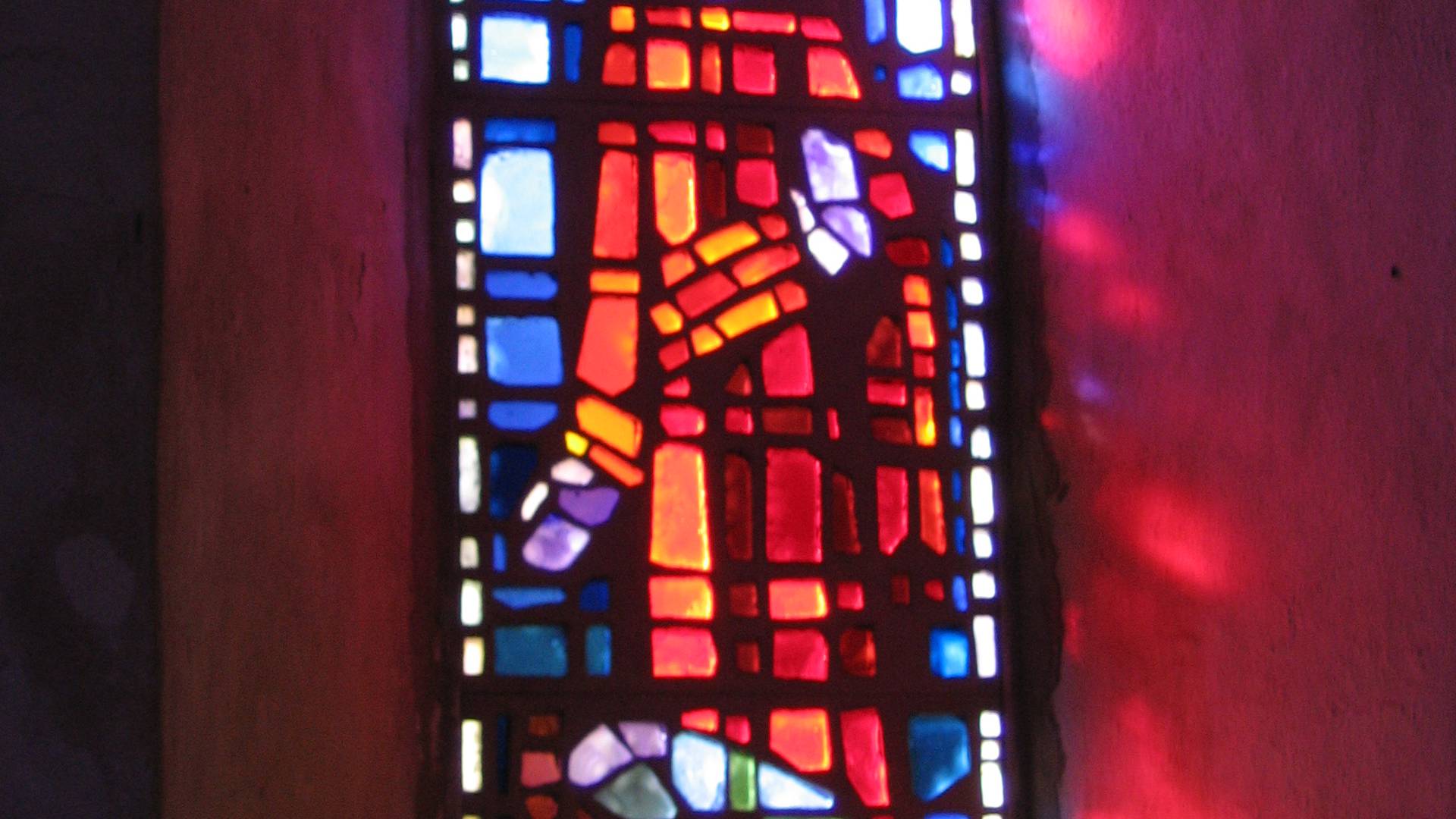 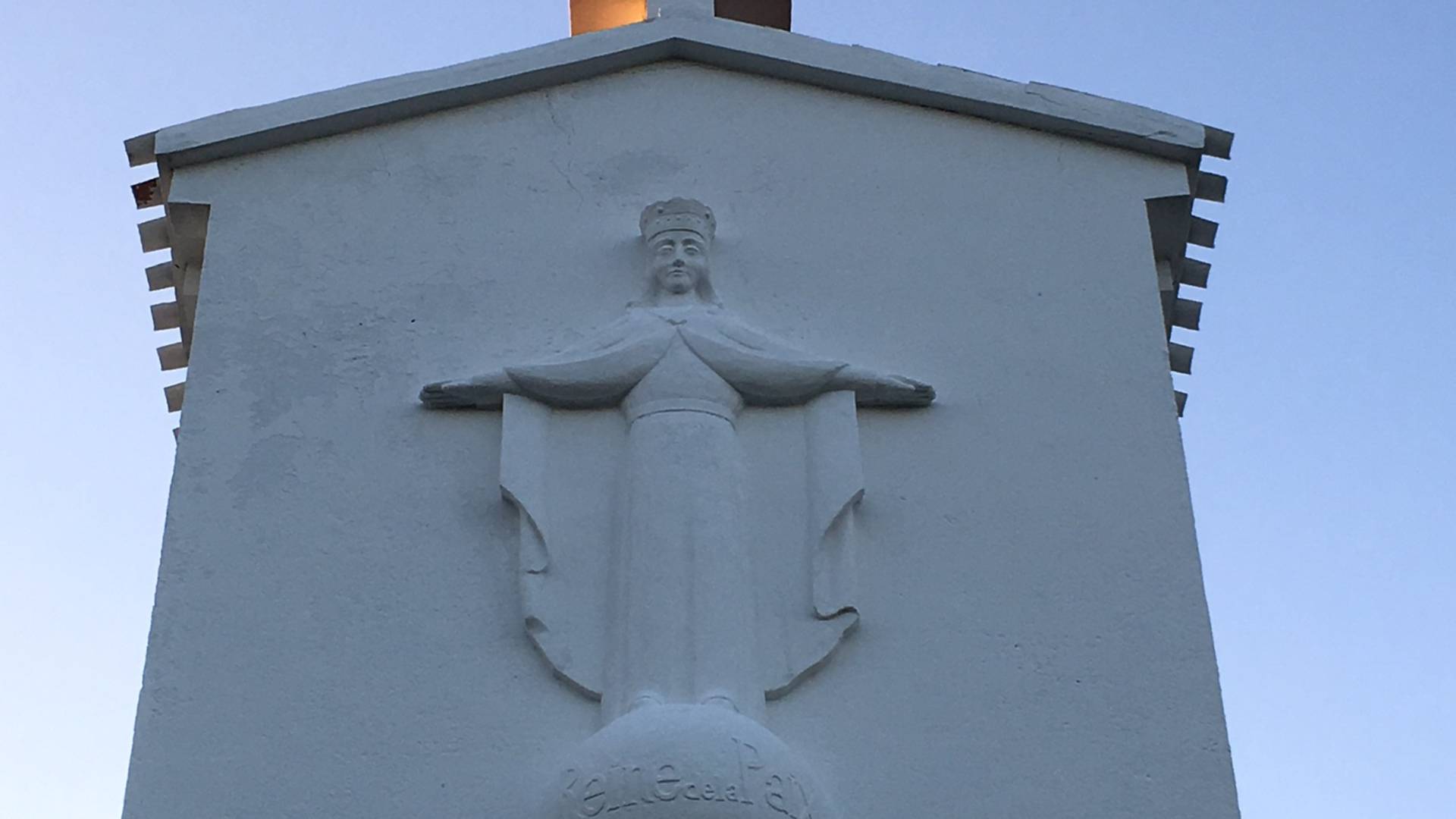